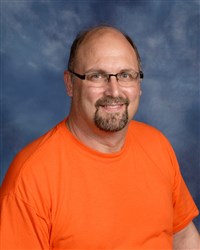 Bio
I was born and raised in Syracuse, New York and graduated from St. Lawrence University in Canton, NY with a Bachelors in Psychology.  While at St. Lawrence I studied a semester abroad in Kenya where I interned with the National Christian Council of Kenya..  After graduation, I served in my home congregation Dewitt Community Church as Assistant to the Pastor and Youth Director before leaving to pursue a career in sales.  I spent several years selling candy with Russell Stover and later razor blades with Gillette Co.  God had other career plans for me and after Gillette placed me in Pittsburgh, I returned to the path of Ordained Ministry.  While in Seminary at PTS I met Kathleen who was in process with the Presbyterian Church USA. We were married right after she graduated and spent 17 years as an interdenominational clergy couple, before Kathleen transfered into the United Methodist Church in 2010.   Kathleen and I  traveled to China in 2003 where we were incredibly blessed as Elisha our daughter joined our family!

I served West Side UMC in McKeesport in my seminary years (1988-1992), St. John's and Forestville UMCS in Slippery Rock (1992-1997), College Hill UMC , Beaver Falls (1997-2006) , Grove Avenue in Johnstown (2006-2014), and am currently serving Monroeville United Methodist Church.  While serving these parishes have been blessed to serve the communities through Crime Victim Service of Butler Co (as an advocate for victims of sexual assault and violence, Meals on Wheels (as Co-Executive Director, NAACP Johnstown Chapter, and the Monroeville Interfaith Ministerium.

I have a love for traveling and spending time with my family, sailing, playing guitar and camping.  Our daughter Elisha is a Senior at Gateway High School this year.
People