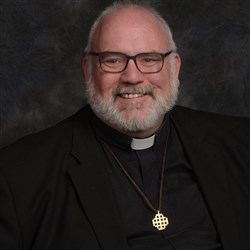 Bio
I grew up in northcentral Pennsylvania, Potter and McKean Counties, where we have more deer than people. Spent A LOT of time in the woods and went hiking and camping and just enjoying God's handiwork. I worked my way through college, serving at times as an orderly and an EMT, a photographer/reporter for a couple different newspapers, a houseparent at a children's group home, a fill-in disc jockey for WCTL, a Christian radio station in the Erie area, and a youth director for the Evangelical United Methodist Church in Corry, PA. After college, I worked a couple years doing long term substitute teaching until I was accepted at United Theological Seminary to earn a Masters of Divinity degree. During high school band (in the trumpet section), I met the woman I would eventually marry. Since that wedding day on 1991, Gay and I have been foster parents to a variety of different children through the different areas we  have lived, eventually adopting three of them. A decade after the first adoptions, God gave us a biological son as well. Since May 1, 1996, I've had the chance to serve as pastor of United Methodist congregations Spartansburg and Parade Street (Union City), Patton: Trinity, DuBois: Mt. Zion, Reynoldsville: First, Clarks Mills, and, now, Carmichaels: First. I am still active in genealogy and writing, some photography, and working with the local scout pack/troop along with our church's youth group.
People