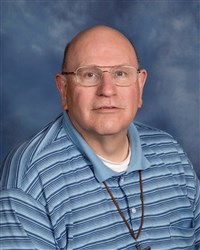 Bio
In was born in DoBois PA but lived in Indiana County through my high school years. I graduated from Purchase Line High School in 1973. I attended Gateway Technical Institute learning about Refrigeration ans Air Conditioning. In 1975 I began working for Riverside Super Markets in the maintenance Department. In 1981, some deep personal issues caused chaos in my, and in my wife and kids' lives. After a couple years of "tough roads," I invited Christ to be Savior and Lord of my life. After a couple years of part time work, I returned to Riverside in warehouse maintenance. I worked there in DuBois until June of 2002.
In August of 1982, we began to attend , and later become members of DuBois First United Methodist Church. I taught Sunday school and served in various church positions. In 2000 I became the Indiana District Lay Leader. In 2002, after following the United Methodist protocol, I became a Licensed Local Pastor and was appointed to The Sigel Charge.
I served Sigel for 8 years, was then appointed to The Duke Center UMC and served there for 5 years, then move to the White Chapel UMC for 4 years with Balm UMC added to the charge for 3 of those years. I retired from full time ministry on July 1 of 2019. I was contacted by D. S. Pond of the Indiana District about serving as an interim Pastor at the Emerickville UMC. I accepted that appointment in October of 2019. I then agreed to continue as Pastor at Emerickville and was reappointed on July 1 of 2020. I continue to serve there as a Part time Local Pastor.
My wife Nancy and I reside in the Emerickville parsonage between Reynoldsville and Brookville. Our son Michael lives in Port Allegheny PA and our daughter Jodi lives in Brookville with grandchildren; Cassandra, a senior at Brookville High School, and Evan, a fifth grader. Evan and I used to fish together until he caught an 18 inch bass and mine was only 12 inches.
I served in prison ministry as a volunteer at both FCI McKean and SCI Mercer. I currently serve on the board of the Trucker Traveler Ministry in Brookville PA.
Covid 19 has changes everyone's lives and the way we do ministry. Emerickville currently worships in the parking lot with the service broadcast over a local radio transmitter. God continues to bless and we look forward to whatever needs to happen next.
People