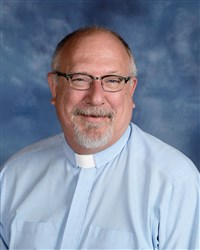 Bio
I was born on December 05, 1955 in Jamestown, NY and was raised in the small town of Youngsville, PA where I graduated from Youngsville H.S. in 1973. Upon graduation I joined the United States Navy, serving aboard the USS Joseph Strauss DDG 16.  After my discharge I lived in Marysville,WA with a good friend I had made while in the service.  During that time I worked as a welder and riveter at a culvert pipe manufacturing plant.  I returned to Pennsylvania in 1977 and again found employment in the manufacturing arena at Bett's Manufacturing's lamp division.  During the time from my graduation to my employment at Bett's I had become heavily involved in the use and sale of illegal narcotics and it was only after being arrested for a DUI and jailed I started to take a closer look at the path my life had taken and it was in late 1979 I renewed by relationship with Jesus Christ and felt a subsequent call to become an ordained elder in the UMC. I served as a student pastor from 1980 through 1988:  Bear Lake/Lottsville, Barkeyville, West Side, McKeesport.  I graduated Edinboro University in 1984 magna cum laude and went on to graduate Pittsburgh Theological Seminary in 1988.  I served at South Avenue in Wilkinsburg and during a time of personal crisis surrendered by credentials and began working in the social service industry at Bradley Center, Hasina House (ethnic minority group home in PIttsburgh), Westmoreland Human Opportunities as program director for federally funded drug elimination programming in New Kensington and Monesson public housing facilities. In 1997 I became the state hospital liaison between the DPA state hospitals in Pennsylvania and Westmoreland Casemanagement where I coordinated and assisted treatment teams in discharging individuals back into the community when appropriate.  Most of that work took place at Torrance State Hospital in Blairsville where I met my wife Karen who since then has become a licensed local pastor serving the Brockport Charge on the Kane District. My relationship with her began to rekindle as sense of reclaiming my call to ordained ministry and I began that journey back in 1998 and in 2008 was appointed to the Conneautville Charge on the Erie Meadville District until 2013 when I was appointed to the newly formed Brockway Area Ministries Charge:  Lanes Mills and Moorhead where where I served from 2012 to 2021.  I have a passion for ministry to those who's lives have been broken and a strong sense of the need for justice for those who are marginalized by the larger culture and to that end God has gifted me with the spiritual gifts of healing, faith, prophecy being the dominant gifts as well as the gifts of wisdom, teaching and administration.  Both Karen and I love to cook and travel and more than anything appreciate the gift God has given us in each other during our marriage of 23 years.
People