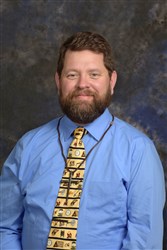 Bio
Craig Lindahl was born and raised in Bradford, PA and from the age of two weeks attended church at the Cole Avenue Evangelical Covenant Church.  When he was eight, his family became members of the Asbury United Methodist Church.  At the age of 12, and during a week of youth events at Camp Mission Meadows in Dewittville, NY, Craig gave his heart, mind, and soul to Jesus. It was about this same time that his Father, Ron Lindahl, entered the Elder’s Orders process.

While in Bradford, Craig focused the bulk of his time in outdoor pursuits with Boy Scout Troop 448, and in musical activities including Concert Band, Marching Band, Jazz Ensemble, the Bradford Citizen’s Band as well as musical festivals and local entertainment endeavors.  Craig continued this activity as the percussionist for his Charge’s praise band “The Eldertones.”

After graduation, He attended Clarion University.  He later would serve two as Camp Conestoga Boy Scout Camp TREK director, leading their high adventure experience.  Next, Craig began a career with the sporting goods chain Eastern Mountain Sports. Starting out as a seasonal sales associate, he worked his way up to managing a store in Pittsburgh. However, the Holy Spirit was speaking to him and guiding him away from a career that suited his love for outdoor adventure.  While attending church with his soon to be Fiancé at Strongsville United Methodist Church, he finally listened to and accepted his call. He told God, “I give in, I’ll be what you want me to be.”
Since that time, Craig married Cyndy Crook who is a high school science teacher. They have two children Emma (15) and James 10).  In 2006, Craig graduated from The University of Pittsburgh with a degree in Business Administration. In 2007, he graduated from Licensing School, and began serving the United Methodist Charge for Christ based in Elderton, PA as the Associate Pastor.  On June 1st, 2018, Craig graduated from Pittsburgh Theological Seminary with a Master of Divinity Degree and a Graduate Certificate in Urban Ministry.  He will begin his Provisional Membership in the Conference in June as well.  Craig serves on the Indiana District Ramps Committee and as a Dean of the Western PA Conference Algonquin Canoe Camp. Craig currently serves as the Pastor of the Templeton Charge in eastern Armstrong County which includes the Widnoon, Kellersburg, and Templeton United Methodist Churches.
People