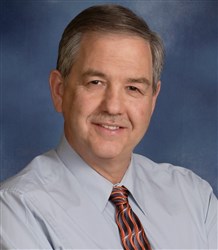 Bio
Born and raised in a Roman Catholic family. Had a personal conversion experience with Jesus Christ at the age of 18 while a freshman at Penn State University.
Dropped out of college and began working for a carpenter and then as a self-employed contractor for 10 years (1974-1983).
My home church is the North Freedom UM Church (Indiana District) where I served in many positions including lay speaker. Acknowledged God’s call on my life into ordained ministry at a Charge Conference the fall of 1979.
I served as a part-time and student local pastor, 1980-1987 Albion Heights, and 1983-1987 Albion-Sandy Creek Charge. Graduated from Clarion University, 1987 and was appointed to attend seminary, 1987-1990 (Asbury Theological Seminary). Graduated 1990 MDIV.
I was appointed to the Rockwood-Milford Charge and served there until 2005.
I earned a DMin degree from Asbury seminary in 2006.
Appointed to Oakland UM Church, Johnstown District 2005 through the present.
I have served 12 years on BOOM, Dean to Pedal-Paddle Camp and Ultimate H2O Camp at Camp Allegheny for many years. I also served on the Board at Camp Allegheny.
I have been an alternate and delegate to three jurisdictional conferences and am an alternate to the upcoming General Conference.
I am married to Darlene Bain (48 years), have two grown children, and two grandchildren.
My hobbies interests include: construction, hunting, and fishing.
People