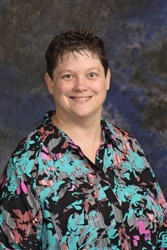 Bio
I was born and raised in a family of four in Jerome, PA, a small town in the northern part of Somerset County.  I attended Conemaugh Township School District growing up.  I was a part of marching band, forensics, and softball in high school.  I attended the University of Pittsburgh at Johnstown obtaining a BA in communications, minoring in philosophy.  I then attended Lutheran Theological Seminary at Gettysburg.  After seminary I worked as a domestic relations intake clerk, a welfare intake clerk, a preschool teacher and before/after school coordinator, and an adjunct instructor at Pennsylvania Highlands Community College.  I also attended there getting a degree in Early Childhood Education to own my own preschool.  I was the director of 2 separate Before/After School programs for one year before I began as owner and ran a successful preschool, before/after program for years until the church took it over as a ministry of the church.  I then went on to do Clinical Pastoral Education in Greenville NC for a year and a half.  I returned back home and took the necessary classes to be ordained in the UMC. I attended online classes at Drew and in person classes at Pittsburgh Theological Seminary.   My first appointment was to Mt Tabor in the Indiana District and later that year to Robinson UMC.  In 2012, I was appointed to Faith Community Charge which included Faith Community church Bruin campus and Fairview Campus, and Ridgeville UMC.  This appointment was also part of a cooperation with Karns City/ Chicora UMC Charge.   In 2014, Wade Berkey and I got married at the Outer Banks in May.  In June we moved to our new appointments in Kittanning area.  I served Union Ave, Manorville, Ford Memorial, and Roger's Chapel (until they closed during my time there).   I was ordained in June 2015.  I also served Plumer and Calvary UM churches in Oil City. I am currently serving Fairview, Girard, Lake City, and Weis Library in the West County Charge.   I enjoy gardening, hydroponic gardening, biking, scrapbooking, making homemade cards and candles.  A new hobby for me is beach combing!  And on Fridays I like to continue going on dates with Wade.
People