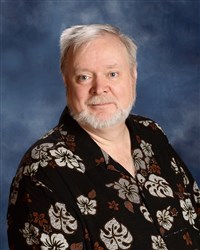 Bio
I was born in Cortland, NY, and raised in LaFayette, NY, Leaders Heights, PA, and Gibsonia, PA.
I graduated from Richland High School (now Pine-Richland) in 1977, Indiana University of Pennsylvania in 1982, and Pittsburgh Theological Seminary in 1989.
Between HS and college I worked in a hardware store in the Oakland section of Pittsburgh for a year.  After graduating from IUP I worked at Christ UMC in Erie, PA, for three years as Pastoral Assistant, Director of Music and Youth Coordinator for 3 years.
Appointments: To Attend School 1987-1989; Westmoreland Charge: Mount Nebo/Owensdale 1989-January 1, 1992; Westmoreland Charge: Alverton/Mount Nebo/Owensdale January 1, 1992-August 1, 1993; Penns Wood August 1, 1993-1997; Grove City: Grace Associate 1997-2004; Unionville 2004-2008; Unionville/Freedom 2008-2011; Greensburg: First 2011-2017; Central Highlands Community 2017-.
In the Annual Conference I have served on the committee that plans worship for the conference meetings for 4 years, was the Coordinator of Worship for the Conference for 11 years, i have served as a Legislative Section Leader for a number of years and serve as the Director of the Conference Ministers Chorus since 2010.
I have been married to the former Lynne Bartlebaugh since June of 1983 and we have 2 daughters, Bethany (Animal Care Manager at Animal Friends of Westmoreland) and Gabrielle (2020 graduate of Westmoreland County Community College).
I love spending time with my family, pursuing my musical interests and serving my Lord!
People