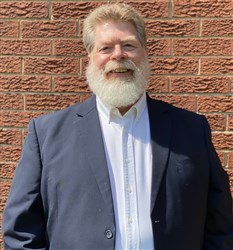 Bio
Rev. Rick Nelson was born and raised in Fairmont, WV. He attended college at West Virginia Wesleyan College in Buckhannon, WV where he met his wife Barbara and majored in Elementary Education. He received his Master of Divinity degree from Duke Divinity school in Durham, NC. Rick, his wife Barbara and their daughter April currently live in Brookville, PA where he has served as Senior Pastor of the Good Shepherd UM Parish since 2018.

Rick has been a United Methodist Minister since 1986 where he began serving in the Virginia Annual Conference.  In 1992 Rick moved to the Western PA Annual Conference and was ordained as an Elder in 1994. During most of his ministry Rick has been involved with The United Methodist Committee on Relief working for The UMCOR - Katrina Aid Today program from 2006 – 2008. Rick served as WPA Conference Disaster Response Coordinator for many years.