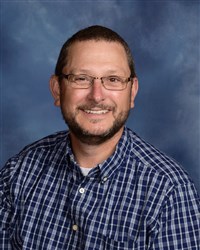 Bio
Bill Hastings was born in raised in West "by God" Virginia where he attended Spruce Street United Methodist Church. Bill graduated from West Virginia Wesleyan College in 1984 with a degree in Accounting/Business. After working in Charleston WV for a couple years and working for an accounting firm, Bill headed to Ann Arbor Michigan where he studied for a Master's Degree in Higher Education Administration at The University of Michigan. For the next 15 years Bill worked at Waynesbury University in the Admission and Financial Aid Offices. In 2003 Bill left the University and started serving as a student pastor at Speers and Dunlevy United Methodist Churches just outside of Charleroi Pa while working on his Master of Divinity Degree at Pittsburgh Theological Seminary. Upon completion of his M. Div. in 2006 Bill moved to serve Harrisville UMC. Following his Ordination as an Elder in 2009, Bill was moved to serve at Seneca UMC where he served from 2011-2020. In June of 2020 Bill moved to Erie where he now serves as Sr. Pastor at Asbury UMC.
Bill is married to Joanna, whom he met while working at Waynesburg University. Joanna is an Assistant Director of Financial Aid at Slippery Rock University. Bill and Joanna have 3 adult sons, Isaac, Carter and Noah. Additionally Isaac and his wife Cara have two adorable children, Nora and Nolan.
People