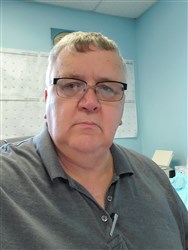 Bio
I was born and raised on a little farm located in LaJose Pa which is part of the southern corner of Clearfield County PA.

I was raised within the church setting with my grandparents, one week I was Baptist and the next week I would be Presbyterian. By the time I was eight years old, I was not sure of salvation because I was either not good enough because I came from a separated family, or I was not predestined. A lot of questions went through my eight-year-old mind.
Our family moved to another farm of which was next to a EUB church. I started to attend this EUB church and on an Easter morning, I heard the good news of a Father in Heaven who loved us for who we are and not what we are. I went to the Altar the following Sunday and several years after that, while at the altar praying, I received the call toward ministry.
I knew that God had a plan for me and I tried to live a life worthy of the calling and was in the church setting whenever the doors were open.
Unfortunately for that little EUB church, it was closed by the Methodist conference and we were told to attend a Methodist church nearby.
I was attending the LaJose UMC which was also converted from the former EUB and during this time was turmoil after turmoil over policies, beliefs, and doctrine.
I stayed with this church until I went into the military. My plan was to go into the military for three years and receive the GI Bill and use it to attend seminary as my call into ministry. I ended up staying in the military for eleven years until military cutbacks forced me out.
We lived in different sections of the United States working and searching out my calling. We attended many different denominational churches to see where God was wanting me to go because I felt that the UMC was not the place.
After running and seeking for many years, God called me from New Jersey back to central Pa. I asked many times in my prayers why I was to come home, and I always received the answer, "Because."
We moved back to LaJose and after serving in different capacities within the local UMC, I began the process into ministry. I was told that it is normally a three to five-year process and not to become discouraged. I stated that it is in God's hands and left it at that.
Within nine months after beginning the process, I was now appointed as the Local Part-time pastor of the Cherry Tree Charge located in the Northern part of the Johnstown District.
I served that charge for approximately 7 years before I was asked to become a full-time pastor of the Mt Joy Charge of the Franklin District in October of that year.
I moved to the Mt Joy charge and within three months they revealed money problems and after two and a half years appointed there, I was reappointed as Local pastor of the Sheffield Barnes charge of where I presently serve God's calling.

I am happily married to my high school sweetheart Patricia June Smith Brink. We had no children but spend our time with a spoiled Brittany named Bart and Quiet times reading and praying at our camp.
People