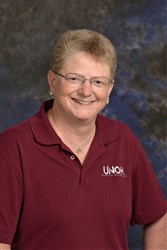 Bio
Lea grew up in Conneautville, PA attending the Valley Church, United Methodist.  She was very active in the youth ministry of the church, coming to know Christ through the ministry of Rev. Fred Vanderhoff.  After serving in all offices of the church youth group, during her senior year she was "selectively volunteered" to deliver the Youth Sunday message during February, ministry became a quickly pushed to the back burner thought.  She graduated from Conneaut Valley High School in 1984 having been active in sports and band.  She then earned a BA in Religion from Grove City College in 1988 while managing the women's volleyball team for 4 years and throwing javelin on the first two years of the women's track and field team.  During her first semester as a Computer and Business major, ministry moved from a back burner thought to a calling.  A change in major to Religion brought a great sense of peace.  A couple of summer internships within the annual conference moved the focus from youth ministry to ordained ministry.  Serving as a pastor's assistant/youth worker for two years during seminary at Albion Grace UMC confirmed the call to ordained ministry.  In May of 1991 Lea earned her Master of Divinity from METHESCO and was ordained a Deacon in June.  In June of 1993 she was ordained an Elder.
Appointments:  1991-1994 Falls Creek UMC (Indiana Dist.), 1994 -2006 Littles Corners Charge - Bethany, Littles Corners, & Hamlin Chapel (Erie-Meadville Dist.), 2006-2015 Polk & East Grove UMCs (Franklin Dist.), 2015 - present Union City First UMC (Erie-Meadville Dist.).  Also currently serving on the Conference Committee for Equitable Compensation and the Olmsted Manor Board of Directors.
Lea is currently mother to a Black turning Gray & White Lab/Collie mix named Shadow who will turn 15 in October 2022.  She also looks out for her mother in Conneautville.  She is currently re-storing her family homestead that has been in the family since 1910 (built in 1852).  She enjoys photography, antiques, Shadow and discovering family history as well as the homestead house history.  In researching her maternal family history she was surprised to find a couple Presbyterian pastors as well as family that who served on the board of an early Pittsburgh Seminary.  She is a charter member of the Conneaut Valley Area Historical Society and a 38 year member of the Conneaut Valley Alumni Association.
People