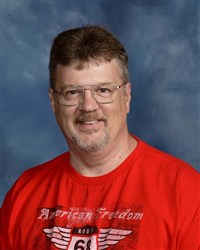 Bio
Reverend Larry Corner was born in Meadville, PA and raised in Crawford County.  He is a 1974 Graduate of Linesville HS. After playing and singing with the Cordovox for around 15 years, he was called to prepare for the ministry in 1989. He entered Edinboro (PA) University and graduated in 1992 with BA degree.  He received his MDiv degree in 1996 from Ashland Theological Seminary (OH).
He has served in the following appointments: 1992 Parade Street UMC Union City; 1996 Lakeview UMC Sandy Lake; 2003 Venango/Little Cooley; 2009 Eau Claire/Boyers; 2010 Centerville/Taylor (Washington District); 2012 Lewis Run and 2015 Fallowfield UMC.
His passion and gifts for ministry include: Preaching the Word, Visitation, Teaching and Listening.
He and his wife Cindy have one son, Nathan, who lives in California. They both enjoy walking, reading and music.
People