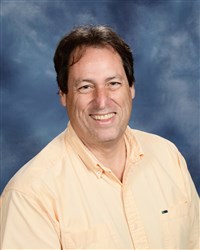 Bio
I was born in 1958 into a family where my father was a college professor and Associate Member in the Methodist Church. My very early years were in Clarion Pa, but I was primarioy raised in Southern Venango County and attended Peter’s Chapel Church on the Clintonville Charge.
I attended Franklin H.S. class of 1976, Grove City College (1980) and Asbury Theological Seminary (1986).
My pre-church work experience is varied from jobs through High School and College. Included are farming, furniture repair and delivery, Strip-mining, Janitorial, and work in a Saw-Mill. After graduating college, I worked two years as a counselor with court appointed delinquent youth, until I answered the call to ministry.
During the years I attended Asbury Theological Seminary, I was appointed as a Licensed Student Local Pastor to Port Royal UMC in the KY Annual Conference from 1983-1986.
I was ordained Deacon in 1985 and Elder in 1988 by Bishop Ault. Following seminary my appointments were to Venango/Woodcock charge Erie Meadville District 1986; Valley Church, Conneautville Erie Meadville District 1993; First UMC Waynesburg Washington District 1999; Rockwood Charge, Connellsville District 2009, Concord UMC Butler District 2015.
I have served on DCOM in Erie Meadville, Washington and Butler Districts. I have served on the Parish and Community Development Committee in the conference. I have served as president of Wesbury United Methodist Community Board or Directors.
My wife Anne and I have 3 children. Our son Ben is an Elder in the Western Pa Annual Conference.
People