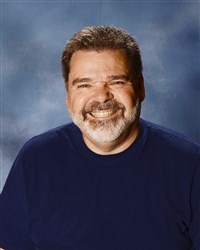 Bio
I am the only son in a family of five siblings born in Methuen, Massachusetts on February 3, 1953 to Anthony  & Elizabeth Fallisi. i was raised in Lawrence, Massachusetts where I attended public school through the 8Th grade. After that I graduated from Lawrence Central Catholic High School in 1970 where I was active in Band and Choir. I am a graduate of Merrimack College with a BS, in Economics in 1974. At Merrimack, I served as President of our Concert Orchestra and was active in the Choir. I also was a live-in tutor for the Andover Massachusetts ABC Program (A Better Chance) where I served a group of 17 Black and Hispanic high school students who were a part of that program which was designed to help students from impoverished areas to be able to attend a first class public school with the desire to give these students a better chance at academic success.

My pre-church work experience included multiple years of restaurant service and management throughout high school and college. After graduation, I served as the Public Relations Director of The Catholic University School of Music in Washington, DC from 1974 through 1977, until I moved backed to New England and became a Regional Territory Manager for Keebler Cookies. from 1977 to 1978.

In 1978 I became the Sales Manager of Pittsburgh Crane and Hoist, in Pittsburgh, PA. We manufactured overhead electric traveling cranes for industrial use. I served this company as the Vice President of Sales until 1996 when I established a new company, Century Crane & Hoist where I was the Vice President and Managing Director until I left this firm to enter the ministry on a full time basis in 2001. Since that time I have served as the Associate Pastor of Dutilh United Methodist Church from 2000 until 2009. I was the Senior pastor of Anne Ashley UMC from 2009 through 2013 and I have served in my present appointment as the Senior Pastor of Holiday Park UMC from July of 2013 through the present time.

I am married to the most wonderful wife, Dorothy Ellen Fallisi whose name means a gift from God, and she certainly has been that to me. We have two wonderful daughters and four grandchildren of which I am very proud. Our oldest daughter Kelly Lamountain is a high school teacher in Nashua, NH. Our youngest daughter, Lauren Saunders is a registered LEED Certified Architect for a firm that was just voted to be the top Architectural firm in the Boston Area. we have three grandsons and one granddaughter. We are expecting a fourth grandson on June 11, 2021. They are our pride and joy!

I love to dabble in building projects, designing, planning, implementing as well as building. This I have done in every church that I have served.