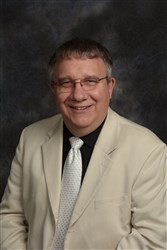 Bio
Rev. Alan J. Morrison was ordained a Deacon in 1988 and an Elder in Full Connection in 1992, his education includes an Associate degree in Digital Electronics, Bachelor’s degree in Management, a Master of Divinity degree, and a Master of Arts in Liturgical Arts.

Rev. Morrison has been a part of the Scouting program for 53 years and is currently serving on the executive board of the French Creek Council of the Boy Scouts of America Executive Board; Youth Protection Champion for Area 4; and as the lead United Methodist Chaplain for the 2021 National Scout Jamboree (postponed).  He served on National Scout Jamboree Staff in 1985 (Commissary staff), 2010 (Guest Services), 2013 (Chaplain), and 2017 (Chaplain).  He also served as Assistant Chief of Chaplains and lead United Methodist Chaplain for the 2019 World Scout Jamboree.

Alan is married to the former Lois Carl Granlund of Platteville and Stevens Point, Wisconsin, and they have one son, Ron.  Lois is an ordained United Church of Christ clergy having served her pastoral career as a Hospital Chaplain.  She currently serves as Chaplain of Meadville Medical Center.  The family also includes Maxey, a ten-year-old Pointer mix.
People