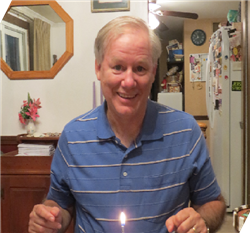 Bio
Dale Reese was born and raised in Westmoreland County.  During his teenage years he attended Vandergrift UMC.  While in high school, he was active in the camping ministry, and then also with the District and Conference Youth Ministry teams.  In his senior year while serving as president of Greensburg District Youth and the Conference worship chairperson, he felt called of God to go into the ministry.   he completed his college degree in Business Administration at Penn State University, then attended United Seminary in Dayton Ohio.
While in seminary, Dale served as an inner city drop-in center youth worker at St. Paul's UMC, then took a position as Youth Pastor at Centerville UMC for the rest of his seminary time.  Following seminary, he was appointed to Erie Lakewood UMC as associate pastor.  After three years, dale then was appointed to Rochester Zion UMC for 8 years.  After Zion, Dale served as pastor Windover Hills UMC in South Park for 13 years.  Currently, Dale is in his 14th year at Trinity Tower UMC in Penn Hills.
Over the years, Dale has served in various youth ministry positions for the Conference and Districts.  He is currently the Conference Memoirs Coordinator.
Dale has a passion for  mission ministry.  He has led over 35 mission teams, focusing over the last 25 years on leading Disaster recovery Teams with UMCOR.
Dale has been married to Sylvia Reese since 1983.  they have two children who reside in the Pittsburgh area.  Dale is an avid sports fan.  As he has aged, his sport of choice has become golf.  He and Sylvia love to travel seeing God's glorious creation.
People