The impact of church camp on the Western PA United Methodist Church reaches wide and spiritually deep. In the decades since the birth of our conference camping program, thousands of lives have been changed; thousands of young people have chosen to walk as a disciple of Christ because of their experience at church camp. All our experiences at church camp, all our camp stories make up the Western PA United Methodist Camp Story.

This is our camp story!

Anonymous - CA, Jville, WW - late 70's / early 80's
"God used all the camps in my life in amazing ways – I remember my counselors, my horse ‘Spot,’ raining ‘in the tent,’ so many wonderful memories – but by far the most, the best moment was under the safety of Wesley Hall from a thunderstorm, when I realized for the first time that Jesus loved me too, that I was good enough to be loved. Then years later I was under the cross at Jumonville and I heard God call me into the ministry. Then months later, under that same cross my husband proposed to me! Camp has changed my life. We are blessed that we have three sacred, beautiful places set aside where God can move in mysterious ways.”

Carleen - WW - 2010-2012
"Camp has become one of the best times of the year. I have made so many friends in the few years I have attended, and we continue to keep in touch even after we go home. While the experiences at camp are always amazing and sometimes life changing, the best part is making friends that you know you can talk to about anything. While we may only see each other for a week per year, we continue to pray for and support each other for the rest of the year."

Jessica "Sadie-Jessica" - CA - 2004-2010
"Camp Allegheny was where I first experienced overwhelming love and peace. I attended under Horse Camp directed by Sally Roddy and if I had not stayed active in the summer session, I would probably have forgotten about my relationship with God. I was taught that a relationship has to be in 2-way harmony between one and God." 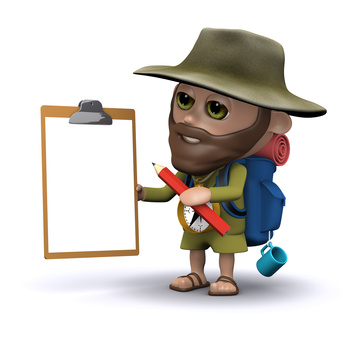 "I've always loved going to camp. It was where I got a break from everything else in life and could just focus on God. I was so inspired by it I became a counselor so that I could help other kids really come to know Christ and His love."

Kim - WW - 70's
"I learned more about friendships, what a warm fuzzy was, memory verses! I met my first love there also. God bless all who work and go."

Mary Lou - CA - too long ago to remember
"My children all went to Allegheny and my daughter met her future husband there and were married there 7 years later by Rev. Slade. Wonderful memories of camp and 'the bridge.' They have been married for 12 years."

Dan - Jville - 1969?
"This was the first time I had communion outside of the church. Brady Keys (Pgh Steeler) was a partner with Willie Stargell. He was there for fellowship of Christian Athletes camp. Ripping off hunks of bread and a large challis. It was very moving."

Helen - 1967-1972
"I gave my life to Christ and recognized God was alive in my life when I was at Youth Camp. I am thankful for everyone who serves as camp staff."

Evan - WW - 6 years
"In 2009 I went to horse camp at Wesley Woods for the first time and have gone back every year since. There I have made friends most dear to my heart who will remain in my life for as long as God wills. My experiences there lead me to accepting Jesus into my heart as my savior. Since then I have started attending church again and became active as a worship leader in my youth group. Camp has lead me here to Annual Conference where I am furthering my understanding and love for the Lord."

Mark - CA - 1974-present
"I loved camp as a kid - watermelon, s'mores, and vespers - I got my friends to go, learned about God, deepened my walk with Christ, and learned to swim, ride a horse, and avoid trouble! THANK YOU!"

K.L. - Jville - many, many years 1990-present
"I suffered from an eating disorder and I felt stuck, worthless, and desperate. God gave me a vision that I was an eagle and he gave me the strength to jump off the ledge and fly free from my disorder."

Anonymous - 1957
"...The interaction with other my age with different backgrounds than mine had a lasting impact on my life. I encourage all young people to take advantage of camp life and learn, enjoy. Also I encourage all adults to support camps financially and prayerfully."

Kayla - WW - 14 years
Camp impacts my life - "when I get to see campers coming to know the Lord. When they give their whole life to God. In four years of horse camp I remember trail rides and singing worship songs. Also playing the leaf game. I have so much to tell and not enough paper! I had 12 years of being a camper and 2 years on staff!"

Anonymous - CA
"I wasn't a camper but a counselor for a week. A week that turned out to be the most spiritual week of my life. I had been nervous leading up to camp, wondering why God had called me to be a counselor. Why did he want me there? I met a young girl who had just dealt with the death of her brother. During Thursday worship as we were singing Amazing Grace, this camper ran into my arms in tears for her loss. As she was crying on my shoulder the band began singing If We Are The Body by Casting Crowns and heard clearly a voice say to me, 'Now do you know why I've called you.' I was there for that girl - and for me- and I've never been the same!"

Anonymous - Jville - mid 90's
"My mother attended family camp as a guest of a friend. She was about 68 or so then. she always attended church, but her faith was not strong and she did not share other than taking us to church. From the Jumonville experience she joined a Seekers Class with a church member who also attended family camp. It was amazing listening to her talk about her experiences (once she was voted 'queen' because she befriended the guest minister). After she died I found some of her writings - not quite journalling but little notes she wrote about God, the world around her, and the things she was discovering about her faith. I feel that she gave me the courage to start my own journey. As for me attending retreats at Jumonville always gave me a sense of peace and newness with God."

Traci - 1979, 80, 81, 82, etc ...
"At the age of 13, I dedicated my life to Christ at church camp. I was born again! Thanks be to God! Camp was great. A time to get away, get renewed, and get refreshed. I loved the campfire songs, the capture the flag game, tug of war over the mud pit - remembering your baptism in the pool. Later I became a camp counselor. Still today we take our camp experience to Creation Festival with my family! I strongly encourage and support camp!! Thank you"

Becky - WW - 1962
"Prior to changing conference lines, Wesley Woods was in the Erie Conference - so it was my first church camp even though I grew up in NY. We heard scary noises from our tent one night - and the next morning, we found the corner of the latrine door gnawed away - and porcupine quills on the ground nearby! I later attended church camps in NY and all of them were instrumental in growing faith. All of our children went to Wesley Woods and some went to Camp Allegheny and/or Jumonville as well."

Jess - 1995-2002
"Camp is where I felt God wanting to use my life for the first time. Camp taught me what it is like to live as a disciple of Jesus Christ. I love camp!"

Anonymous - WW
"I went to Wesley Woods as a child and experienced the love of God and many people. My children went to Wesley Woods and I believe it helped to form their Christian faith. As a laity our church supported our minister in her charge of mini camp for many years. It was a very rewarding experience for those of us who served with her those weeks and years at camp. My grandchildren have also attended camp and although young in years, their faith journey has already begun. Thanks be to God for Wesley Woods!!"

Kevin - CA, Jville, WW - 10 years as a camper, 34 as a counselor/dean
"Started going to camp in the 60's have not missed a year since. this summer will be my 45 year at camp. over 3 years of my life has been spent at camp.God has blessed me well I lived for the camping experience for much of my life and one day I woke up looked out my window and realized god has given be all that I ever dreamed of I'm sure because of the time I spent at camp."

Emma - WW - 2008, 2011, 2012
"Teenagers often times get so caught up in their social lives that they leave no time for worship. They forget the key component to being a disciple of Christ. Your entire lifestyle can be changed for the better by attending church camp. This is where I experience God firsthand in all ways. Whether you are struggling to find your faith or are an avid Christian, church camp is a comforting Christian environment which is so hard to find in our world today. The lessons learned and the memories made last a lifetime. It is truly an experience like no other."