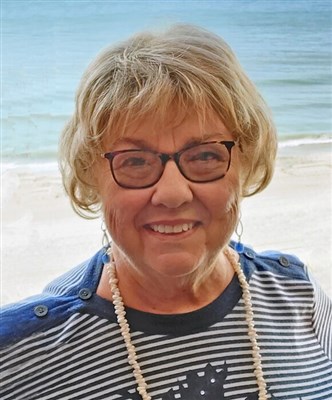 Verdean C. (Meyers) Zimmerman, 83, of Friedens, died December 7, 2021 at Shadyside Hospital after a brief illness. She was the wife of retired Pastor  Thomas H. Zimmerman and mother of Conference Evangelist John Zimmerman.

Verdean was born December 25, 1937 in Hooversville to Eleanor and Lawrence (Bud) Beegle and was the granddaughter of Mary and Homer Meyers, who assisted in raising her.

Verdean was a 1955 graduate of Forbes High School and represented the school as a varsity cheerleader and a member of band and chorus. She was also a 1955 Maple Festival Queen contestant and later served as co-director of the local pageant and its princesses for many years.

She began a dancing career at age four at the Gene Kelly Dance Studio in Johnstown. Her passion for dance grew as she owned and operated several dance studios and directed many reviews. Her artistic creativity was evident as the director of the Sailorettes, a marching baton unit in Stoystown; co-director of a Christian teen musical group called New Spirit, and as she expressed praise of her Savior in the Tapestry of Praise, an interpretive dance group performing at local churches. She enjoyed musicals and shows of any kind, especially when visiting one of her favorite places, Myrtle Beach.

She loved the Lord with all her heart and served her Savior her entire life. She served in local church ministries for 12 years as a pastor’s spouse. She served on mission teams both abroad in Germany and here in the states. Locally, she mentored people and poured into their lives. This was very evident as she and her husband fostered teenagers through the years, some of whom refer to her as mom to this day. Presently she attended the Christian Community Church of Boswell.

Her passion was helping others become beautiful both inside and out. She graduated from Hammond School of Beauty Culture in the 1960’s and operated Verdean’s Beauty Shop for 20 years in Stoystown, Pa. She herself was a smart dresser and enjoyed accessorizing her outfits with matching jewelry.

She married her husband of 66 years, Thomas H. Zimmerman, on August 6, 1955. Together they raised three sons. She volunteered as a Cub Scout den mother when her boys were young. Family has always been important to her, attending many sporting events cheering on her children and then grandchildren from the stands. Family gatherings were a blessing, especially during the Christmas season.

She was preceded in death by parents, grandparents, and daughter-in-law Jodell (Super) Zimmerman. Verdean is survived by her husband and sons Thomas D. Zimmerman, James (Donna) Zimmerman, and John (Christine) Zimmerman and foster sons Mark Shellgren and Carlos Gonzales, both of California. She is also survived by 13 grandchildren and 11 great-grandchildren.

A Celebration of Life service will be held Sunday, December 26, at 2:00 pm at the Christian Community Church, 2610 Lincoln Hwy, Stoystown, with the Revs. John Zimmerman and Charles Kelly officiating.

In lieu of flowers, memorial gifts can be made to About Face Church Outreach Consultants, 642 Coleman Station Rd, Friedens, PA or online at af180.org/give.