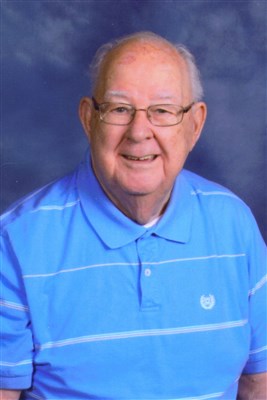 Rev. Norman Carlysle Young of Pittsburgh, PA marched into glory Thursday, October 29, 2015.  He was born April 6, 1928 in Allenport, PA to the late Adam and Sylvia (Hamman) Young.  In addition to his parents, he was preceded in death by his wife Janet (Allaman) Young, infant son Danny, sisters Margaret and LaVerna, and brothers Adam Jr. and Clarence Keith.

Norman was a graduate of Charleroi High School, Waynesburg College, Pittsburgh Theological Seminary and the University of Pittsburgh.  He entered the ministry as a student pastor at the age of 19 and served until retiring in 1993.  During his ministry with the United Methodist Church he served churches in West Bend-Rices Landing; Millsboro-West Bend-Rices Landing; Speers-Coal Center; Fairall Circuit (Fairall/Kirby/Claughton Chapel/Valley Chapel); Noblestown-Federal; Eldersville-Bethel and Colliers, W. Va.; Sharpsburg; Ambridge; Portage; New Kensington and Swissvale.

Norman attended Dutilh United Methodist Church and Christ Church of Grove Farm where he was active in 55 Plus and Primetimers.

Norman served on many conference, community and Masonic committees including the Western Pennsylvania Conference secretarial staff, the Commission on Archives and History, The Executive Committee of the Conference Continuing Education Committee, Pittsburgh United Methodist Ministers Federal Credit Union, the United Methodist Ministers Male Chorus and Ambridge Chamber of Commerce.  He enjoyed camping and was involved with summer camping programs for the Western PA conference for nearly 30 years.

Norman loved history and research.  He was co-editor of "Methodism in Western Pennsylvania 1784 to 1968"; and editor of "Methodist Protestant Churches, Pittsburgh Conference 1833 to 1939".   He also compiled and edited "Old Economy-Ambridge Sesqui-Centennial Historical Booklet" and wrote the history of many of the churches he served.  Norman loved to reach out to over 1200 clergy and their families with a weekly Joys and Concerns Prayer Chain.  Norman and Janet enjoyed traveling and he served as Chaplain on Board for four Cruise Lines.

Interment will be in Shippenville, PA on Friday, November 6th at 11:00 a.m.  Visitation will be held Saturday, November 7, 2015 between 1:00 and 3:00 p.m. at Dutilh United Methodist Church, 1270 Dutilh Road, Cranberry Township, PA.  A memorial service celebrating Norman’s life will begin at 3:00 p.m. followed by a cookie reception.

In lieu of flowers, memorial contributions are suggested to WPAUMC Commission on Archives and History, Norman Young Memorial Fund, in care of the Western PA Conference of the United Methodist Church. They may be mailed to the United Methodist Center, PO Box 5002, 1204 Freedom Rd. Cranberry Twp., PA  16066-0002.

Arrangements made by the McDonald-Linn Funeral Home, Inc. Avalon, PA.