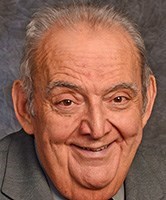 Rev. Paul E. Wilson Sr., 74, passed away Monday, April 19, 2021, quietly at his home in Derry, surrounded by his wife, children and grandchildren.

Born March 19, 1947, at Latrobe Hospital, he was preceded in death by his parents, Paul Alexander (Junior) Wilson and Josephine Viola Bowers Wilson. Paul was a graduate of Derry Area High School, Waynesburg College and the Methodist Theological School in Ohio. He has served United Methodist congregations in Western Pennsylvania for 53 years and was a member of LaMonte Lodge No. 568 Free and Accepted Masons of Derry.

He is survived by his wife of 47 years, Patsy Berkey Wilson; three sons, Paul Jr. and wife Karie, of Latrobe, Michael and wife Erica, and Matthew and wife Jessica, all of Derry; six grandchildren, David, Anna, Brooke, Haley, Morgan and Mikah; a sister, Patricia Taylor and husband Dick; and a nephew and niece.

Friends will be received from 2 to 4 and 6 to 8 p.m. Thursday, April 22 in the McCABE FUNERAL HOME, 300 W. Third Ave., Derry. A service will be held at 11 a.m. Friday in Bradenville United Methodist Church. Interment will follow in Coles Cemetery, Derry. LaMonte Lodge No. 568 Free and Accepted Masons will conduct a service at 6 p.m. Thursday in the funeral home.

Online condolences may be made to www.mccabefuneralhomespa.com.