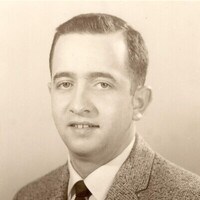 Erwin Woodrow "Woody" Wilson, 84, of Greensboro, Pa., went home to be with the Lord on Tuesday, February 2, 2021 at Waynesburg Healthcare and Rehabilitation, Waynesburg, Pa.

He was born July 19, 1936 in Keisterville, Fayette County, Pa., a son of the late James W. and Blanche A. (Lambert) Wilson. Woody attended Point Marion High School and later received an associate degree in Business Administration. He attended radio and television repair school before enlisting in the U. S. Air Force in 1954. Woody served 20 years in the Air Force, was a Vietnam Veteran and the recipient of the Purple Heart. He traveled the world in service to his country before retiring in June of 1974 as a Master Sergeant. He then began working for the U. S. Department of Energy in Morgantown, W. Va. retiring again in 1999 after 20 years of service.

Before his second retirement, he completed instruction to become a local pastor with the United Methodist Church. From 1992-1999, he served churches in the West Greene Charge, the Davistown and Shordan Chapel Charge and the Mapletown and Mount Pleasant Charge before retiring yet again.

Woody served as a Boy Scout leader and enjoyed wine making, stamp collecting, hunting, fishing, woodworking and working his family farm. He was a member of the James Farrell American Legion Post 330, Waynesburg and the Veterans of Foreign Wars Post 4391, Carmichaels and served as a board member of the East Dunkard Water Association.

There was no public viewing and the funeral service was private, with Rev. Kenneth Haines officiating.