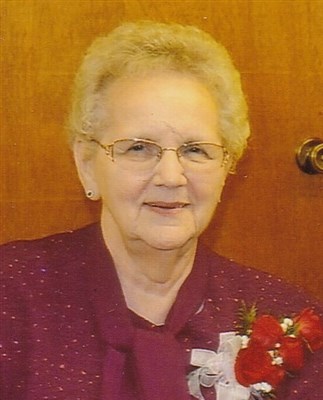 Lois Maxine Weible, 85, of Boswell, the surviving spouse of the Rev. Samuel Weible and former Connellsville District President of United Methodist Women, went to be with the Lord on Tuesday, Jan. 29, 2019.

Born July 12, 1933, in Ursina, she was the daughter of Lloyd and Edna (Meyers) Younkin.
She was preceded in death by her parents; her husband, who passed away in 2013; grandson Christopher Tressler, and brother Denzel Younkin.

A graduate of Connellsville High School, Lois was a former Springfield Township tax collector and was retired from Seven Springs Resort. She was a member of Jennerstown United Methodist Church, the Red Hats, Farm Women, and Somerset O.E.S. Lodge.

Maxine was blessed with a true servant's heart and loved to love people. She served many churches along with her husband, providing children's ministry with the well-known puppet George. She cared for others by sharing homemade sweet treats and comforting food. Her kitchen often smelled of homemade bread, pies, and candies. She was often found with a goodie bag of snacks and candies for the children and adults alike. She had a beautiful way to offer her blessing to others while sharing her Christian faith.

She loved reading, singing, playing the piano/organ, doing crossword puzzles, traveling abroad, and showering her family with love. She always made holidays special and kept God at the center. Most of all, she loved her family and strived to instill her Christian values in all of them. Maxine was loved by many and will be greatly missed.

Friends were to be received at Deaner Funeral Home, Stoystown, on Feb. 1. A funeral service was scheduled for Saturday, Feb. 2 at Jennerstown United Methodist Church, with Pastor Chuck Hildbold officiating. Interment was at Otterbein Cemetery, Wilbur. Memorial contributions may be given to Jennerstown U.M. Church, P.O. Box 201, Jennerstown, PA 15547.