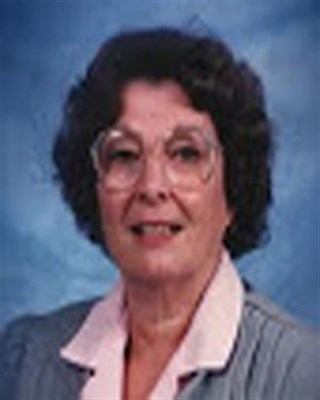 Beverly Ruth Webb, 84, the surviving spouse of the Rev. James R. Webb, went home to be with the Lord she loved and dedicated her life to serving on Monday, October 1, 2018 with her family by her side.

Born on April 12, 1934 in Sharon, PA, she was the daughter of Ethel (Bell) and Arthur King and grew up on Curtis St. in Sharon, Pennsylvania, where she learned about the love of family, animals, music, and her Lord. Beverly graduated in 1952 from Sharon High School and from the Sharon General Hospital School of Nursing in 1957. She worked as a registered nurse for Sharon General Hospital, as well as for hospitals in Warren, Ohio and the Ashtabula County Nursing Home. She finished her career in home health care.

On July 11, 1958 she married James Richard Webb in Greenville, PA. After daughters Karen and Becky were born, Jim entered the ministry of the United Methodist Church, and so Beverly became a pastor's wife. She was dedicated to her service in the church, participating in women’s groups and choir, often teaching children’s classes and leading children’s choirs. Her hands were often seen on the piano keyboard or preparing food to share with others.

In her spare time she enjoyed reading, cooking, making crafts, sewing and especially writing. She sometimes would be seen as a speaker for church services and sharing her gift of vocal music. One of her greatest treasures was the time she spent with her grandchildren. They were often the source for stories she would later write, bringing smiles to the faces of many.

A funeral service will be held on Monday, October 8, 2018, at 11 AM at the Bristolville United Methodist Church, 6271 Park Dr., Bristolville, OH, with Rev. Vernon Palo officiating. Burial will take place in Shenango Valley Cemetery in Greenville, PA.

Calling hours were scheduled on Sunday, October 7 from 4 to 6 pm at Baumgardner Funeral & Cremation Service, 8569 Main St., Kinsman, OH 44428, and on Monday from 10 a.m. until the time of service at the church. Memorial contributions may be made to the Bristolville U.M.C., PO Box 234, Bristolville, OH 44402, or to the charity of one's choice.

Those wishing to share a fond memory or condolence may visit www.baumgardnerfuneralhomes.com