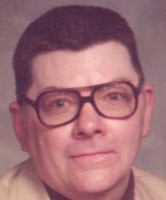 The Rev. Madison L. String Stringfellow, of Lower Burrell, formerly of Knox, went to be with the Lord on Oct. 23, 2022. He was born in Frogtown, Clarion County Nov. 25 1933, to Madison (Chirp) and Cecelia Stringfellow. The Rev. Stringfellow worked at Owens Illinois Glass Plant in Clarion for 34 years. He also graduated as a HVAC technician and owned his own company for many years. Due to a health problem, he had to retire early from the glass plant and was called by God into the ministry. He attended Wesley Theological Seminary, where he graduated as a Methodist pastor. His first charge was for three churches at Allegheny Highlands for 14 years and also served as the local hospital chaplain. He then was transferred to Mill Run and OhioPyle for seven years then to Hopwood and Brownfield for another seven years before retiring. After retiring, he moved to Lower Burrell, where he continued to preach for 17 months at Bethel Methodist Church as an intern pastor. While preaching, he also served as the Sunday School teacher for Mill Run, Hopwood and Bethel Methodist churches. While serving at Mill Run, the Rev. String also served as a bus driver for Wally Colborn and as a chaplain for the local hospital. The Rev. String played baseball and also coached little league baseball in Knox. He loved all sports and loved to talk to his grandson about the different teams. He was an avid plumber and pipefitter and also enjoyed carpentry work and building decks for his daughters' homes. He enjoyed playing with all his grandchildren and great grandchildren. The Rev. String loved reading his Bible and conducted many Bible study classes. Rev. String was also a Lay Witness Coordinator for many years and traveled to many churches for revival services. The Rev. String was preceded in death by his parents, Madison and Cecelia Stringfellow; and his three sisters, Edythe Rossman, Estelle McGinnis and Patricia Higgs. He was also preceded in death by a grandson, Bradley Raybuck. He is survived by his beloved wife of 67 years, June Stringfellow; and his two daughters, Pamela J. Raybuck, of Knox, and Karen Haws Clark (Glenn), of Lower Burrell. He is also survived by three grandchildren, Curtis (Lea Anne) Raybuck, of Mars, Angela (Michael) Switzer, of Knox, and Justin Haws, of Robinson, and his girlfriend, Gilda Battista Chen, of Carnegie. He is also survived by five great-grandchildren, Dylan Switzer, Owen, Jack, Max and Ava Raybuck. Family and friends will be received from 2 to 4 and 6 to 8 p.m. Tuesday at THE RUSIEWICZ OF LOWER BURRELL FUNERAL HOME, 3124 Leechburg Road at Alder Street. Additional visitation and funeral service will be at times to be announced Wednesday at Scotch Hill United Methodist Church in Leeper, with the funeral following by the Rev. Roger Howard officiating. He will be laid to rest in the Scotch Hill United Methodist church cemetery where he preached for many years. www.RusiewiczFH.com.