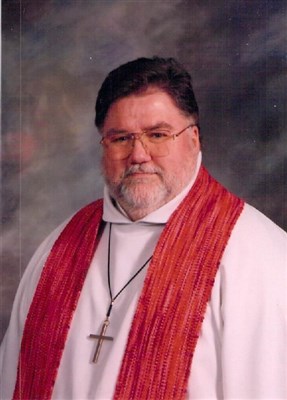 A celebration of the life of the Rev. John Vickers Spahr, Sr, a retired member of the Western PA Conference of the United Methodist Church, will be held at 1 p.m., Saturday, Sept. 15 at Grace UMC in Warren, PA. He died at home in Mt. Vernon, OH, on Aug 7, 2018.

Born December 3, 1947 in Natrona Heights, Pastor John was raised in Tarentum, PA. He is a graduate of Tarentum High School, Heidelberg College and the Pittsburgh Theological Seminary. He was ordained a deacon in 1971 courtesy of the Northern California-Nevada Conference Bishop Charles Golden, and an elder on June 15, 1975 by Bishop Roy C. Nichols.

In addition to his pastoral ministry, Rev. Spahr served as a camp counselor and dean; a member of the Board of Ordained Ministry and the Boards of Directors of Wesley Woods and the Olmsted Manor Retreat Center. He served on the Conference Board of Education, chairing for two years; the Conference Sessions Committee, chairing for four years and served as Legislative Floor Manager of the Annual Conference for 16 years.

He and his wife Janet, whom he married in 1971, served as a presentation team of Marriage Encounter-United Methodist. In addition to his church work, Pastor Spahr enjoyed camping, theater, music and reading.

The Lasater Funeral Home is handling the arrangements for the Spahr family.

In lieu of flowers, memorials can be made to: Esophageal Cancer Action Network (ecan.org), United Methodist Committee on Relief (umcor.org) or your local community hospice.

To express a condolence or to leave a memory, please visit www.lasaterfuneralhomes.com