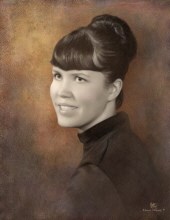 Susan Kathleen Solida, 72, wife of the Rev. Ralph H. Solida, passed away peacefully after an extended illness on September 10, 2019, at Oil City Healthcare and Rehabilitation Center.

Born April 15, 1947 in Oil City, to the late William Preston and M. Arlene Neely McCray, Susan grew up in Petroleum Center, PA where her father managed the family’s oil wells on the McCray Farm before deciding to become a Methodist minister. She had many happy memories of her family home in Petroleum Center, often speaking about summers spent there with her two beloved cousins, swimming in the creek, and putting out fires on the train tracks. She often would revisit where it once stood during the summers into the 1990s. Her family heritage was extremely important to her.

Susan graduated from Oil City High School in 1965 and Clarion University in 1968. She married the Rev. Ralph H. Solida on November 30, 1968 at Galloway United Methodist Church with her father officiating.

Susan worked in education in various capacities. She worked as a full- time teacher until the first of her children were born, then elected to stay home with them full time. She worked in many areas of learning from preschool education, to substitute teaching, to homebound teaching for those who were unable to attend school for short periods of time, until finally finding her true passion with GED teaching.

Another very important part of her “work” was that as a minister’s wife. Her husband served six churches during his more than 40 years in the ministry and none of them was left untouched by a new program she helped start or one which she supported fully with new ideas. One of her biggest impacts likely was the Christmas at Asbury Tree Festival which still continues 30 or so years later and highlights one of her greatest loves, decorating for the holidays and seasons (especially Christmas where at times her house would contain no less than four or five full-sized Christmas trees).

She had many interests that she loved. She was an avid reader (something she passed on to her daughter Amy), flower gardener (every parsonage she lived in was left better than when she came) and canning and baking (especially the dozens of Christmas cookies she made and shared). She was a life-long Steeler fan and enjoyed watching the games every week with her husband and Sara. She was also passionate about traveling, with camping as their method of vacationing every year. Her travels with her family  took her to 45/50 states, Toronto, Quebec, and her dearly loved Prince Edward Island and Nova Scotia where she and daughter Sara enjoyed much beach-combing. She also had a great love of cats and had many special cats in her life from her younger years until she went into care, where she still enjoyed hearing stories about cats.

There were a few people that through the course of Susan’s life and illness held a very special place in her heart. First is her oldest and dearest friend from school days, Cheryl Wolozyn, with whom she spent many good times drinking milkshakes at the Villa. Their friendship spanned decades and was a lifelong bond. The others are Abi and Idiah Ibraheem and children. Susan and Abi formed a very special friendship while Ralph served Otterbein Church in Greensburg, Pa. Abi and Idiah are from Nigeria and were adopted by the Solida family as their American family and Abi is now Sara and Amy’s “brother by another mother”. Their children brought Susan great joy as “grandchildren” to spoil and love.

The family would like to extend many thanks to the wonderful and caring staff at Oil City Healthcare and Rehabilitation Center where Susan received the best care possible and was a favorite of many.

Friends were received on Friday, September 13 at the Morrison Funeral Home and on Saturday, September 14 at Grace United Methodist Church, where funeral services were held at noon with the Rev. Byron K. Myers officiating.

Interment was at the Franklin Cemetery.

Memorial contributions may be made in Susan’s name to the Alzheimer’s Association or to the Venango County Humane Society.