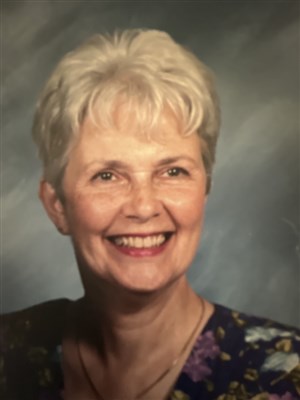 Roberta M. “Bobi” Schrubb Smith, 83, of Kane, passed away peacefully early Friday evening, November 4, 2022 at the Lutheran Home in Kane.
Born August 23, 1939 in Kane, PA, she was the daughter of the late Robert and Eloise Nichols Shrubb
.
She was a 1957 graduate of Kane Area High School and was a member of Mt. Jewett United Methodist Church.

On September 22, 1988 at Kingsville United Methodist Church, she married W. Craig Smith. He preceded her in death on February 12, 2018.

“Bobi” as she was fondly known worked various jobs throughout her life, but felt her greatest accomplishment and what brought her her GREATEST JOY was raising her three children. She especially delighted in spending time with her grandchildren and great grandchildren.
Her pastimes included gardening and cooking.

Funeral services for Mrs. Smith will be held on Saturday, November 12, 2022 at 11AM at Kane First United Methodist Church with Pastor Calvin Cook, officiating.