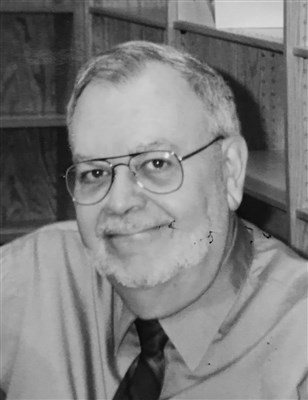 Born November 6, 1938, in Reynoldsville, he was the son of the late George Leonard Shindledecker and Hallie Rosetta (Lingenfelter) Shindledecker.

He married Ruth Mae (Bochert) Shindledecker on October 15, 1967. She preceded him in death on November 26, 2016. Their faith in Christ and in each other was strong, and they are now reunited in God's Heavenly Kingdom.

Mr. Shindledecker was an outstanding and gracious father, who was proud and supportive of his sons in so many different ways.

He enjoyed being outdoors, camping, fishing, hunting, boating, gardening, sight-seeing, reading, and helping walk and take care of the family dogs: Ginger, Brandi, Finn, and Molly. He enjoyed singing in the church choir, and he truly loved his role in counseling and helping others.

He worked for the State of Pennsylvania as a counselor for the Office of Vocational Rehabilitation. He also sold life insurance and annuities for Thrivent Financial, worked for Clearfield-Jefferson MHMR, and managed group homes for Clearfield County.

Mr. Shindledecker was a Little League coach for many years in Reynoldsville and DuBois. He played high school football for the Reynoldsville Bulldogs. He served on several boards, including the American Red Cross and Agape Community Services and Medic Alert, and was an officer for various clubs, including Pennsylvania Wildlife Habitat Unlimited and DuBois Band Boosters. He was a member of the IUP Alumni Association and Penn State Booster Club.

Mr. Shindledecker is survived by two sons, Todd Andrew Shindledecker and his wife, Heidi Marzolf, of Reynoldsville, PA, and Scott Timothy Shindledecker, of Whitefish, Montana; a sister, Lily Melton and her husband, Gary, of West Virginia, as well as several nieces and nephews.

In addition to his parents, he was preceded in death by two brothers, Ivan and Ben, and four sisters, Nellie, Theda, Alice, and Hallie.

Family and friends will be received Saturday, August 17, 2019 from 2-4 and 6-8 p.m. at the Adamson Funeral Chapel, Inc. A memorial service in his honor will be held at a later date.