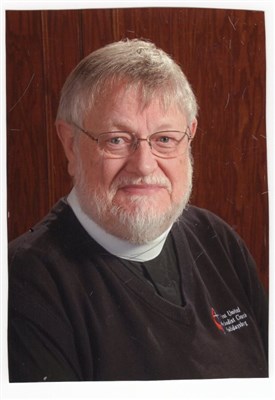 Reverend Richard W. Shields, 77, of Hollidaysburg, a United Methodist elder who served 41 years in ministry before retiring in 2001, died Thursday, November 3, 2016, at Nason Hospital, Roaring Spring, after a lengthy illness.

Richard graduated from Freedom High School in Freedom, in 1957, and attended Geneva College, Beaver Falls, then graduated from Indiana State College in Jan., 1963, with a Bachelor of Science degree in Education with a Social Studies emphasis. While attending college, he served as student pastor of the Marchand/North Point Charge of the Evangelical United Brethren Church. He graduated from United Seminary in Dayton, Ohio, in June of 1968 with a Master of Divinity degree and, in the same year, was ordained as an elder in Evangelical United Brethren Church (EUB).

After the merger of the EUB and Methodist Churches, also in 1968, Richard served as pastor of United Methodist churches in the Western PA Conference, including Heckathorn Church, Seneca; First in Smethport; Kane UMC; Bethany in Latrobe; and Mount Pleasant UMC. He retired in 2001 after 41 years of ministry.