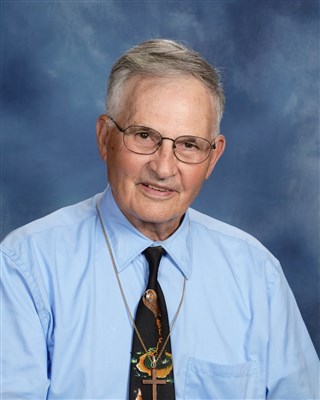 The Rev. Harry C. Sherry, 87, of Somerset, died peacefully surrounded by his family on Wednesday, Sept. 14, 2016, at The Patriot in Somerset.

The Rev. Sherry graduated Punxsutawney High School in 1947. He was a U.S. Army veteran and served in Germany. He worked in coal stripping until he was called to the ministry in 1958. He attended Penn State before graduating from Clarion State Teachers' College.

He received his Masters of Divinity degree from United Theological Seminary in Dayton, Ohio. As a pastor in the former E.U.B. Church and now United Methodist Church, the Rev. Sherry served multiple church charges in East Freedom, New Salem, and Rector in Pennsylvania and in Lockington, Ohio.
He served single churches in Rochester and Elizabeth, Pa., and was pastor at Calvary United Methodist in Somerset from 1980-1989. In all, he served 14 churches. Upon his retirement he continued to fill in part-time at the churches of the Harnedsville charge.

The Rev. Sherry enjoyed singing. He was a member of the Western Pennsylvania Conference Men's Minister Chorus for 50 years and traveled with the choir to several locations from United Theological Seminary to Germany. He was an active golfer with the Northwinds Seniors.

Coordinator of Camp Allegheny's Saints and Sinners annual golf tournament, he previously served on the board of directors at Camp Allegheny. On June 30, 2003, he proudly shot a hole-in-one at the Northwinds course. He loved the outdoors. His daily routine included a mile walk, often to the library and the church he served.

He enjoyed riding his bike and rode much of the Great Allegheny Passage in Somerset County in the past four years. As late as October, he rode through the new Pinkerton tunnel on the trail.

Harry and his wife, Naomi, were active campers, for more than 40 years with the Family Campers and RVers Association. Beginning in 1972 until 2012 they attended the annual Campvention held in different states and in Canada. Despite never attending the University of Pittsburgh, he was a lifetime fan of the Pitt Panthers and was named Super Fan by the Beaver County Times in 1976.

He was preceded in death by his parents; his sister, Patricia Rowland; his brother Jim Sherry; infant daughter Beth Rae Sherry; and infant granddaughter, Lindsay Sherry.

The Rev. Sherry suffered from the effects of a fall four months ago. With a traumatic brain injury and dementia, he was not the same person we knew for 86 years.Yet when all filters were removed and cognitive skills diminished, behind all that was still a kind and loving man — a husband, father, grandfather, great-grandfather who will be missed by all who knew him. His family would like to thank the caregivers at The Patriot.

Friends were to be received from 2 to 8 p.m. on Friday, Sept. 16, at Miller Funeral Home and Crematory, Somerset. A memorial service was scheduled for Saturday, Sept. 17  at 2 pm with friends received one hour prior at Calvary United Methodist Church, 239 W Church St., Somerset.

In lieu of flowers, contributions can be made to Camp Allegheny, 100 Camp Allegheny Drive, Stoystown, PA 15563 (campallegheny.org/donate-online) To leave online condolences visit www.millerfuneralhomeandcrematory.com.