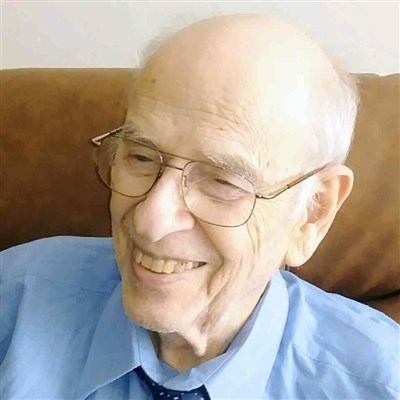 Clair Willard Shaffer was a devoted husband, father, grandfather, brother, uncle, and friend. He left this world on December 15, 2022 at age 88.

He was born on January 20, 1934 in New Castle, Pennsylvania to Laura English and Homer Shaffer. Clair graduated from Grove City College in 1958. He continued his education at the Pittsburgh Theological Seminary. He served as a chaplain in the US Air Force from 1962-1983. After retiring from the Air Force, he continued his ministry when he returned to the Western Pennsylvania Methodist Conference, serving in several churches.

In the summer of 1961, Clair met the love of his life for over 60 years, Nancy Zumpe in Jumonville while working as camp group leaders at the Methodist Youth Camp in Pennsylvania. They were married on June 8, 1962. Together they raised three children. Clair and Nancy enjoyed their travels around the world. They lived in England, the Philippines, Germany, and various states.

Clair was a wise, generous, friendly, hard-working character with a dry wit. He appreciated a good sense of humor. He had an expansive knowledge of just about everything and a quest for knowledge that few could rival. He always put others above himself. He saw and appreciated the value of everyone he met. He was the biggest tipper in town. He was a faithful servant of God his whole life.

Since Clair was a child, he had a great passion for airplanes, cars, and motorcycles. He enjoyed building model cars and restoring antique cars later in life. He also enjoyed building and flying RC airplanes. He had a fascination with the science of sound which led to his love of classical and organ music. He had an extensive album collection and designed and built his own speakers and stereo equipment. After retiring from the ministry, he installed and repaired Allen Organs. He absolutely adored ice cream. His freezer was always stocked with Klondike bars, but his absolute favorite was the frozen custard at Forbush’s in his hometown.

Clair has been reunited in heaven with his beloved wife; his parents; his brothers, Loyal and William; and his nephew, Thomas.

A memorial service will take place at the Utah Veterans Cemetery and Memorial Park (17111 South Camp Williams Road, Bluffdale, UT) on Wednesday, December 28, 2022, at 11:00 am. Click the following link to view the memorial service via livestream: https://my.gather.app/remember/clair-shaffer