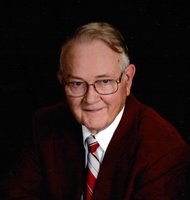 Rev. Dr. William D. Schmeling, 84, of Latrobe, passed away Wednesday December 13, 2017. He was a longtime pastor and served as superintendent of the Greensburg District of the United Methodist Church from 1994-1998. He also was the director of the Conference Ministers' Chorus from 1986-2006.

He was a tenor soloist, having begun singing while still in high school. Besides entertaining at church and social gatherings, he sang with the conference Ministers’ Chorus for 55 years starting in 1959. He served as director for the chorus for 20 years from 1986-2006.

Friends will be received Friday, Dec. 15 from 1 to 4 PM and 6 to 8 PM in the Hartman-Graziano Funeral Home, Inc. 1500 Ligonier St., Latrobe. A funeral service was scheduled for Saturday, Dec. 16 at 11 AM in the Bethany United Methodist Church, 2415 Laveen Street, Latrobe, with Rev. Les Hutchins officiating. (Everyone please go directly to the church.) Private interment will be in Unity Cemetery.