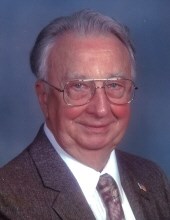 Born January 21,1929, in Pittsburgh, Pa., he was a son of the late Giard Martin and Mildred May Jones Sayre and had resided in Clarion County and Monroeville area prior to moving to Claysville.

Rev. Sayre was a veteran of the Korean War where he served with the U.S. Army. He was a life member of the Claysville American Legion Post 639 and a member of the V.F.W. Post 4062 in Grifton, NC.

Rev. Sayre was a 69-year member of the Mason’s (Blue Lodge) and a 32nd degree member of the consistory, a member of the I.O.O.F. Lodge 1107 in Brushton, Pa., and the Order of the Arrow and First-Class Scout and former Pack Master.

He was a former substitute teacher and bus driver in the McGuffey School District. He also enjoyed photography, reading and flower gardening.

On February 21, 1952 he married Alice Mae Cain who survives.

In addition to his parents, he was preceded in death by two grandchildren, Zachery Riggle and Chelsey Poleski.

At the request of the deceased there will be no public visitation. Friends and family were invited to attend a funeral service on Monday, July 30, 2018 at 4 P.M. in the Claysville United Methodist Church. Private burial will full military honors was to be at the National Cemetery of the Alleghenies.