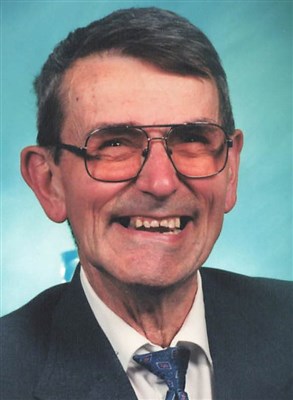 Rev. Lionel Eugene Sayers, 94, Pastor Emeritus of Evans Memorial United Methodist Church, passed away Friday, Oct. 11, 2019 at his residence in Bradford, with his loving wife of 75 years by his side.

Born Jan. 11, 1925, in Parnassus, he was a son of the late Russell Sayers Sr. and Martha Musthaf Sayers Moorehead.
Lionel attended Clarion Limestone High School. He enlisted in the United States Army Infantry and was honorably discharged. Lionel's career started as a lineman at Bell Telephone.

In 1953, Lionel felt the calling to become a pastor and enrolled at Fredonia College. He completed the Conference Course of Study in the Evangelical United Brethren Church (EUB) and was ordained in 1960.

Rev. Sayers' first pastoral assignment was to the Hartfield and Elms Flats EUB churches, followed by Sugar Lake, Donation and Mount Pleasant EUB churches. During this time, he also served as Chaplain of the County Homes in Dewittville, N.Y., and Dunkirk, N.Y., and as a director of Junior Camp at Findley Lake, N.Y. In 1967, he was assigned to pastor the Evans Memorial UMC in Lewis Run, where he served for 11 years. He was a member of the Western Pennsylvania Conference of the United Methodist Church, the Bradford Ministerial Association and volunteered at the outreach program for children.

In 1978, when Multiple Sclerosis limited his speech and ability to visit congregants, Rev. Sayers left church ministry, but continued to minster through his infectious crooked smile while owning and operating The Sharp Shop.

Before MS limited his activities, Rev. Sayers loved to be in nature, whether it was walking in the woods, hunting or gardening. In his later years, he continued his love of nature through Sunday drives and feeding and watching the birds outside his window. He was also a lifetime member of the Lewis Run Volunteer Fire Department.

Surviving, in addition to his wife Alice, are five daughters, Sherlyn Sue (Sam) Deeter of Raleigh, N.C.; Marsha Kay Remington of Harlingen, Texas; Brenda Joy (Millard Gentner) Sayers of West Valley, N.Y.; Celia Ann (Tim) Brinker,of Henderson, N.C.; and Penny Lee (Mike) Carroll of Cary, N.C.; and one daughter-in-law, Noreen Sayers of Cooperstown. He leaves behind a legacy of 18 grandchildren, 33 great-grandchildren and two great-great-grandchildren. He is also survived by a sister- and brother-in-law, Lois and LeRoy Skinner of Bradford; sister-in-law, Lucille Sayers of New Bethlehem, many nieces and nephews as well as many caregivers who helped to care for him over the past 16 years, including Cathy Kennedy who faithfully cared for him each morning.
In addition to his parents, he was preceded in death by his son, Thomas Eugene Sayers; brother Russel Sayers Jr.; step-father Earl Moorehead; brothers- and sisters-in law, Cynthia Sayers, Ralph and Iwilda Ferry, LeRoy and Hazel Ferry, and Harold, Irene, and Margaret Ferry; and nephews, Jerry Ferry, Robert Ferry and Don Sayers.

Friends and relatives will be received Friday, Oct.18, 2019 at Evans Memorial United Methodist Church, 1447 South Avenue, Lewis Run, from 6-8 p.m. and again on Saturday from 10-11 a.m., the time of the funeral service. Rev. Ken Duffee, pastor, and the Rev. Roger Peterson will officiate. The service will be followed by a lunch for family and friends. A private burial will be held at Frogtown Cemetery in Clarion County.

Memorial contributions, if desired, may be made to the Evans Memorial United Methodist Church.
Funeral arrangements are under the direction of the Hollenbeck-Cahill Funeral Homes
Online condolences may be expressed at www.hollenbeckcahill.com