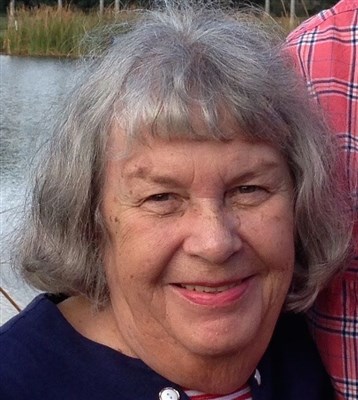 Nancy Lee Elder Roddy, 79, of Bridgeville, formerly of Greensburg and North Huntingdon, passed away October 13, 2016 with her family at her side. She was the beloved wife of the Rev. Dale Webster Roddy for 61 years.

She was preceded in death by her parents, Susan Momeyer Elder Clark and Oliver Perry Elder, Sr., her big brothers Dick and Pat Elder and their spouses, her infant sister Sarah Louise, and other family and friends.

In addition to her immediate family, Nancy is survived by two nephews, her niece and best friend, Karen Grace, and their families. She is also survived by three sisters-in-law: Evelyn, Betty and Sharon (Paul) and a brother-in-law, Robert.

Nancy's joy was her family. She was a devoted caregiver to her aging mother. When it came to her kids and grandchildren, she always had time to bake a cake, read a story, or get caught up on life over a cup of tea or milk and cookies. She loved her family well.

Family and friends were received at the WARCHOL FUNERAL HOME INC. in Bridgeville and on Monday, Oct. 17 before the  until the time of service at 2 p.m. funeral service at Greensburg First United Methodist Church. Interment followed at St. Clair Cemetery in Greensburg.

In lieu of flowers, the family suggested memorial contributions in Nancy's memory to either the Alzheimer's Association (www.alz.org) or to Otterbein United Methodist Church. View and share condolences at warcholfuneralhome.com