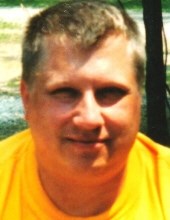 Reverend Randall “Randy” Roda, 52, of Lawrence Park Twp., passed away unexpectedly on Friday, May 11, 2018 at Millcreek Community Hospital. He was born in Cleveland, OH on June 30, 1965, the son of Rosemarie Testa Roda and the late Robert Roda.

Randy was an avid Pittsburgh sports fan. He was happiest being a devoted husband and father.

Friends may call at the Dusckas-Taylor Funeral Home & Cremation Services, Inc., 5151 Buffalo Road (at Hannon Rd. in Harborcreek Twp.) on Monday from 2 to 6 pm. A private Funeral Service will follow. Share your condolences at www.dusckas-taylorfuneralhome.com.