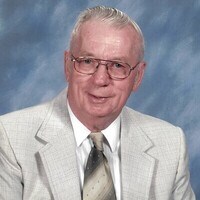 A son of the late William Valentine and Annie (Rickel) Ridley, he was born March 30, 1932, in Sherrett, Armstrong County.  Herman was a 1950 graduate of Kittanning High School. After high school he attended Transylvania Bible School, where he graduated in 1954. Herman graduated from Grove City College in 1971, with a Bachelor of Arts. He attended Wesley Seminary in Washington, D.C., and graduated with his Master of Divinity degree from the Pittsburgh Theological Seminary in 1975. Herman received an Honorary Doctorate from Transylvania Bible School in 1988.

After his schooling, Herman began his 60-year career of preaching, first beginning at Kellersburg Lutheran Church in 1954. He then spent 10 years between the Free Methodist churches of Brookville, Cyclone and New Castle. In 1964, he began preaching at the Nazarene Church of Nanty Glo.