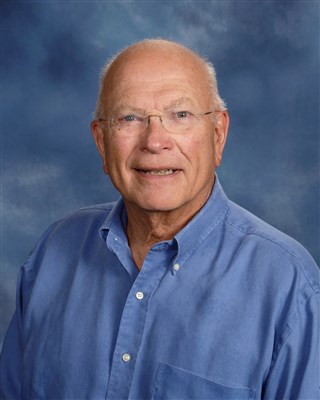 Rev. Robert Fox Richards of Seven Fields, PA, died unexpectedly at age 84 on Wednesday at Shadyside Hospital in Pittsburgh. He was a retired elder who launched a new church, resurrected another, served as a District Superintendent, and was the executive director/president of United Methodist Church Union for several years.

Born Oct. 22, 1935 to the late Rev. Nicholas Fox and Margaret Hoffman Reining Richards, brother of the late Margaret Jane Richards Kendall (Ralph) of Toledo and John Henry Richards of Beaver and Atlanta, Bob is survived by his wife of almost 60 years, Nancy Lee Clement Richards and his children: Jennifer Lee Richards of London England, Stephanie Wynne Richards and Brian Arbuckle of Los Angeles and Robert Todd Richards of Cleveland. He is also survived by his “grand-girls” Audrey Wynne and Tatum Margaret Lee Arbuckle, and his sister-in-law, Mary Lou Richards of Atlanta. He also leaves behind his beloved nieces and nephews, many of whom he baptized or married, as well as his countless friends and colleagues.
A faithful servant of Jesus Christ, he received his BA in Chemistry from Trinity College at Duke University and his Master’s in Divinity from Drew University School of Theology, during which time he served student pastorates in Gladstone-Peapack and Bay Head, NJ.

Following his ordination as a United Methodist minister, he was sent to Charter Oak, PA to start a new church. He was a one-man evangelism team chasing moving vans on his bike, inviting new residents to join him and his wife Nancy in establishing a new congregation between Greensburg and Latrobe. Today the church has three campuses. In 1971, the Rev. Richards was appointed senior pastor of First United Methodist Church, McKeesport PA, which last month celebrated its 178th anniversary. During his ministry, he spearheaded the establishment of the Meals on Wheels program which still continues to serve the community.
In 1976, he became senior pastor of Lakewood United Methodist Church in Erie, PA. Just two weeks ago they returned to Erie to celebrate the anniversary of the dedication of the Church’s signature stained-glass windows, which his wife designed and fabricated.
After seven years in Erie, he was named District Superintendent of the Franklin District, overseeing 111 churches and pastors. During this time, he was named Dean of the Cabinet by James M. Ault, the Bishop of Western PA.
In 1989, he and Nancy moved to Pittsburgh where he became President of the United Methodist Church Union, overseeing multiple agencies assisting troubled youth, the poor and the elderly. He continued as an active board member, and on his birthday last month he was presented the Lifetime Achievement Award, in recognition of his immense impact on Pittsburgh.
Soon after Bob arrived in Pittsburgh, he was told that Calvary United Methodist Church, where the Church Union offices were located, was likely to close. The Church was struggling to survive, with only a handful of weekly congregants and insufficient funds to sustain it. Bob became the volunteer pastor and grew its membership so that after only two and a half years, a full-time minister was able to be appointed. He was cherished as Pastor Emeritus of Calvary and an ex-officio Board member of Church Union.
Beyond Calvary’s spiritual mission, Bob helped to create and served as the Restoration Chair and Board member of Allegheny Historical Preservation Society (AHPS) to rescue Calvary’s historic and valuable physical building and priceless original Lewis Comfort Tiffany windows.
Somehow he also found time to serve as a trustee of the United Methodist House at Chautauqua Institution in Chautauqua, NY. An accomplished handyman himself, Bob continued his service as Property Chair and subsequently as Board President.
His accomplishments were many, but he is best known and loved for his passion for people – all people. The Bishop often commented that he “lights up a room just by walking into it!” His tireless energy, his warm embrace, his joyful and booming voice, and his unfailing faith led legions of people to Christ and to His service.
His greatest joy was to be with his wife Nancy and their children: singing around a campfire at their cottage in Findley Lake, NY, or splashing in the ocean waves in Ocean City, NJ and Cancun, or traveling to new and exciting locations in retirement. But, his favorite role has been as “Bopper” to his two adored grand girls, Audrey & Tatum.
A Celebration of his Life will take place on Sunday, November 10 at 5:00pm at Calvary United Methodist Church on the north side of Pittsburgh. Special recital music will be played to honor his love for the pipe organ, during which photos will be projected. A reception will follow in the Church’s adjoining Chapel, to which all are cordially invited (Handicapped and Valet parking will be available).
In lieu of flowers, contributions may be made to the United Methodist Church Union (971 Beech Avenue, Pittsburgh 15233), or Calvary United Methodist Church (971 Beech Avenue, Pittsburgh 15233) or the United Methodist House at Chautauqua (United Methodist House Box 115, Chautauqua, New York 14722 ).