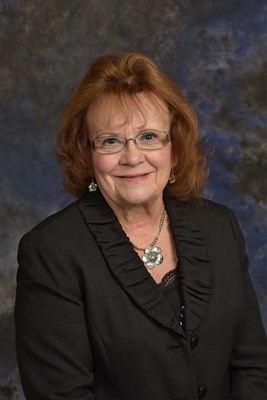 Janice E. Reynolds, 75, of Mt. Jewett, PA, passed away on Saturday, November 13 at the Lutheran Home at Kane, following a lengthy battle with Leukemia. Jan was a retired part-time local pastor who had been serving the East Kane UMC.

Jan was born in West Valley NY on February 20th, 1946, the daughter of Irwin and Geraldine Ahrens. She graduated from West Valley Central High School and Bryan Stratton College as a paralegal. As a lifelong learner she was presently taking the United Methodist Course of Study at the Methodist Theological School in Dover, Ohio.

She loved the outdoors, especially camping, hiking, and kayaking. She and her husband Marty loved going to the Adirondacks every year to camp. Jan was a caring and compassionate person who loved the Lord Jesus and her churches.

On February 21, 1999 she married Marty Reynolds, who survives. Also surviving are three sons from a previous marriage: Jon Stanley (Misty), Jason Stanley (Diana), and Jeff Stanley (Danielle).  She had three grandchildren who were her own and nine other children from Marty’s side that called her grandma. She is also survived by one brother, Ed Ahrens

In addition to her parents, she was preceded in death by one brother, Lynn Ahrens.

Friends will be received at the East Kane United Methodist Church, 6703 Rt 321, Kane, PA, on Friday, November 19, from 10 am until 12 noon, at which time a memorial service will be held there, with Rev. Pat Lenox, officiating.

The family suggests donations in memory of Jan be made to the East Kane United Methodist Church.
To send condolences online. visit www.petersonblickfuneralhome.com