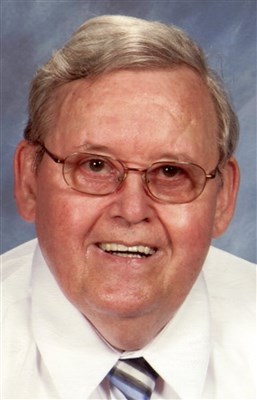 The Rev. John Dallape, 82, a retired associate member who served as pastor of Westover Grace, East Ridge Harmony and LaJose UMCs for 23 years before retirement and later served two years as an associate at Glasgow Larger Parish, went to be with the Lord on Friday, May 13, 2017, at Haida Manor, Hastings.

Rev. Dallape gained much experience in many fields by working at various jobs as a young man. After being drafted into the U.S. Army and serving in France, he worked in sales and management for Jewel-T, Town & Country, Penn Furniture and Dunkin Donuts. In his 40s, the Lord called him to service.

He became pastor of Westover Grace and East-Ridge Harmony United Methodist Churches remaining there 23 years until his retirement. While serving as a pastor, he attended Wesley Seminary for five summers and then Mount Aloysius College, where he received an Associate Degree. This amazing achievement led to his being received as an associate clergy member of the Western Pennsylvania Conference of The United Methodist  Church.

John loved bowling, played softball in the Church of the Brethren League and managed the Ferndale Little League. He was in charge of the Harmony Grange food booth at the Harmony Grange fair. One of his favorite activities was working alongside Rev. Bud Long running the Westover Food Pantry. The two working together had a passion to help people in need and working together they became known for being partners in crime.

Working with area youth was a constant in his life. At Westmont Church of the Brethren he not only reached out to children living in the housing projects, he would take it a step further and drive them to and from youth fellowship. He guided the youth group at Ferndale United Methodist Church with a fundraising effort for a trip to Niagara Falls. During his years at East Ridge and Westover Grace, he taught many children and arranged many faith-based trips to places like Idlewild, Kennywood and roller skating rinks. In all things, be it youth, church or someone in need, all were welcome. His response to many people was this: "I don't care how you dress or who you were, just come to church. What is important is coming to church and hearing the Word of God."

Friends will be received from 2 - 8 p.m. Friday, May 19 at Moriconi Funeral Home, Inc., Northern Cambria, where a funeral service will be held at 1 p.m. Saturday with Pastor Gary McGarvey officiating. Committal will be in East Ridge Cemetery with military honors by local veterans organizations.

The Dallape family wishes to thank Asera Care Hospice for being there for their father and them during this time, the staff at HAIDA Manor for the excellent care and compassion they extended to our family, and Dr. Matthew Dvorchak, a true physician who treats his patients as people and opens his heart to all.