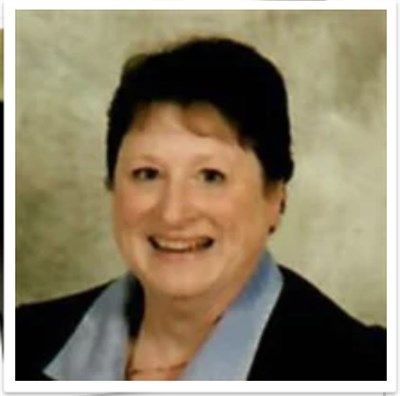 Pastor Kathryn A. Reitz, 71, of Sligo, who was serving the Sligo and East Brady United Methodist churches, passed away on Monday, January 11, 2021 at the Butler Memorial Hospital.

Born on June 19, 1949 in Sligo, the daughter of the late Paul and Elsie Pago, she graduated from Union High School, received her beautician license from the Kittanning Beauty Academy and later completed the Course of Study at the Methodist Theological School in Ohio to become a pastor. Kate began serving as a student local pastor in 2001 at the Brave Charge in Washington District and through the years served as pastor of Sherrett Charge, Hawthorn: Calvary/Oakridge 2004-2008; MCM Co-Op Parish, and Boyers Charge.

Kate enjoyed shopping, spending time with her grandchildren, and her dogs, Sam, Sadie, and Jobe.

She is survived by her son John Reitz of Clarion; her daughter Sabrena Smith and husband Barry of Mechanicsville; five grandchildren, Katlyn Walton and his wife Laesha of Strattanville, Alex Green of New Jersey, Nickalas Hawk and his girlfriend Lauren Dengler of Clarion, Emma Reitz of Erie, and Danielle Hawk of Mechanicsville; and six great grandchildren, Lamora, Lunden, Keira, Khloe, Alexander, and Amari.

Kate is also survived by her sisters Marsha (Ken) Radaker of North Carolina, Audrey (Carl) Renier of Strattanville, and Doris  (John) Wonderling of Summerville; a brother-in-law, Clair Kitchen of Sligo; and numerous nieces and nephews.

She was preceded in death by her parents; two brothers, Paul Pago, Jr. and Homer Pago; a sister, Gretta Kitchen; and her dog, Jobe.

The family was to receive friends from 4 p.m. to 7 p.m. on Thursday, January 14, 2021 at the Robert V. Burns Funeral Home in Clarion.  Due to Governor Wolf’s mandate, only 10 people are permitted at a time. Please limit your stay inside during visitation so we can accommodate all who want to pay their respects. We also recommend everyone follow CDC guidelines.

Private funeral services will be held on Friday, January 15, 2021 in the funeral home with Rev. Carol Brown, pastor of the Monroe Chapel Methodist Church in Sligo.
Live streaming of the funeral will begin at 11 a.m. View the service via our facebook page at Burns Funeral Homes.

Interment will follow in the Cedarview Memorial Park in Strattanville.

In lieu of flowers, memorials or donations can be made in Kathryn’s name to the United Methodist Church, 506 Penn Street, Sligo, PA 16255.
To send flowers or a memorial gift to the family of Rev. Kathryn A. Reitz please visit our Sympathy Store.