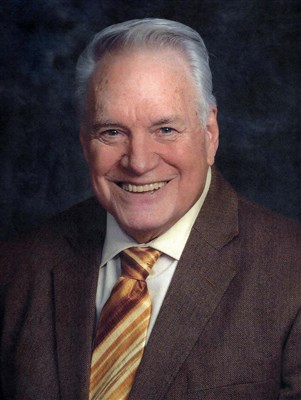 Pastor Herbert D. “Herb” Phar, 77, of Derry Township, passed away peacefully at his home on July 6, 2019 surrounded by his family following a brief battle with cancer. A retired local pastor, he had been serving since 2016 as pastor of Bradenville UMC.

Born July 12, 1941 in McKeesport, the son of the late Robert C. and Ruth L. (Duke) Phar, Herb was a graduate of McKeesport High School and earned an associate’s degree in Industrial Electricity. He served in the U.S.  Army for three years and worked 31 years as an electrician for Teledyne Vasco. He was also owner and operator of H & D Building Services.

Rev. Phar was the pastor, Sunday School Superintendent and Sunday School teacher at the Bradenville UM Church. He previously served for 19 years as pastor at Torrance United Methodist Church.

He volunteered for the Sunset Volunteer Fire Company, the American Red Cross as a first aid instructor, Meals on Wheels, and as a medic for 20 years. He also was a Boy Scout Leader for 25 years, served on the Board of Directors for the Vasco Credit Union, and was a member of the Indigent Patient Funding Board at Torrance State Hospital.

Herb and his wife Beverly loved to visit and pray with others and help those in need. Their favorite travel destination was Pemaquid Point Lighthouse in Maine.

In addition to his parents, Herb was preceded in death by his daughter-in-law Ali Phar; his sister, Ora Lee (Shuster) Kaylor; his niece, Sandy (Kaylor) Goss; his father-in-law and mother-in-law, John and Hazel (Bush) Brinker; and his brother-in-law, James Hake.

He is survived by his loving wife of over 55 years, Beverly (Brinker) Phar; his son, Duane R. Phar; his granddaughters, Hannah R. and Lauren G. Phar; his sister-in-law, Patricia (Brinker) Hake; his brother-in-law Barry Brinker and his wife Joann; two special nieces, Karla (Brinker) McCollough and her husband Buddy, and Traci (Hake) Carter and her husband Victor; a special nephew, Lance Brinker; a nephew, Rev. Robert Kaylor; and a niece, Beth Sinclair.

Friends will be received Monday from 2 to 4 and 6 to 8 PM in the Hartman-Graziano Funeral Home, Inc., 1500 Ligonier St., Latrobe. Funeral services will be held at 11 AM Tuesday in the Bradenville United Methodist Church, 5168 Route 982, Bradenville. Everyone please go directly to the church. Private interment will be in Coles Cemetery, Derry.

Memorial contributions may be made to the Bradenville United Methodist Church, P.O. Box 307, Bradenville, PA 15620.