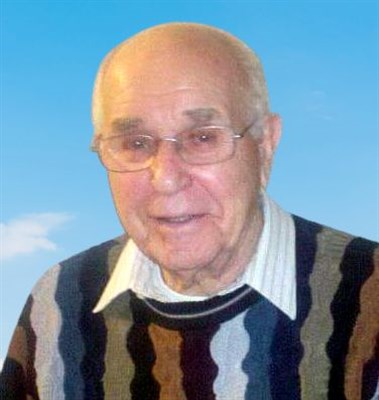 Born September 19, 1924, in Versailles Twp., he was the son of the late Walter E. and Johanna (Hamilton) Patton and husband of the late Margaret (McRae) Patton for 74 years.

Walter was a retired United Methodist minister.  Over the years, he served the Lord and his people in many communities, including Verona, Coalport, Irvona, Glen Hope, Homestead, Highland Grove, Whitaker, and Glassport.

Walter was a certified P.I.A.A. baseball umpire and football official and officiated many games throughout western Pennsylvania.  He umpired Little League, Prep League, American Legion, and Daily News games, as well as fast and slow-pitch softball games.  Volunteering and giving back to others was a fundamental mission for Walter.  He was a docent at the Heinz History Center, an usher at the Benedum, and delivered Meals on Wheels up until he was 90 years old. He raised money and supported causes very important to him in Uganda.

Walter retired as a rigger after 36 years of employment with US Steel National Works.  A U.S. Army Corps Veteran, he served on the Island of Trinidad, England, and France.  Walter was a proud 1942 graduate of McKeesport High School.

In addition to his beloved wife and parents, Walter was also preceded in death by brothers Melvin, Floyd, William, and Robert Patton and sisters Lois Frass and Hazel Bowmaster.

Family and friends will be received at Willig Funeral Home & Crematory on Friday, May 6, 2022,  from 4-8 p.m.  The funeral service will be held in the funeral home chapel on Saturday, May 7, 2022, at 1 p.m. Interment will follow in Jefferson Memorial Park.  Condolences and memories may be shared at www.willigfuneralcremationservices.com.

Memorial contributions to Mount Olive Church in Uganda are suggested and may be made in care of Community United Methodist Church, 3487 State Highway 130, Irwin PA 15642.