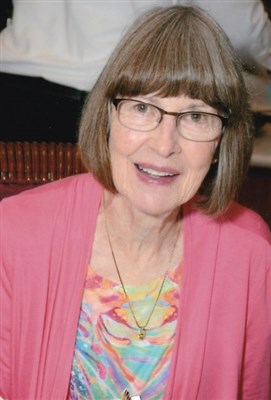 Averyl Faye Smock Parker (“Faye”) passed away April 3, 2021 at age 88 in Jacksonville FL. She was a lifelong Methodist and the widow of the Rev. Lee W. Parker.

Born June 14, 1932 to Arthur Lee Smock and Cleora Muriel Joy Wheeling of Sharon, PA, from her baptism, Faye lived her faith through active, life-long participation in the Methodist Church. As a young adult, she contributed her considerable musical talents as a choir member, director, and organist. She was a Sunday School teacher, MYF (Methodist Youth Fellowship) leader, and camp counselor at Wesley Woods.

At Hickory High School, Faye held class offices and was crowned football queen. She was selected as the only singer to represent her school at the PA Western District Chorus. Faye studied piano for eight years and performed many piano recitals—all memorized.

Faye attended Allegheny College in Meadville, PA, where she sang in the Allegheny Choir and continued to attend the Alumni Chorus reunions for most of her adult life. She graduated in 1954 with a Bachelor of Arts degree majoring in sociology.

In 1954, Faye married Lee Wayne Parker, Jr. For the next 10 years, she worked in her father’s dry cleaning plant and held secretarial positions as an excellent typist and stenographer. Two children were born: Linda Faye in 1955 and Donald Lee in 1957.

In 1961, with Faye’s support, Lee decided to enter the ministry, and the family moved to Drew University in Madison, NJ. Two more children arrived: Christopher Scott in 1963 and Melanie Joy in 1964.

After Lee was ordained a United Methodist minister, the couple took on the challenge of pastoring churches in Linesville, Edinboro, Pittsburgh, and DuBois, PA. Through all these years, Faye especially enjoyed entertaining church members in her home and participating in music ministry—singing in the choirs and directing hand bells in the West View UMC in Pittsburgh, and Lakeside UMC, DuBois.

During the 1960s Faye began her career as business educator at Conneaut Area Senior High School, Linesville. After the family’s move to Edinboro, she taught business subjects at General McLane High School while concurrently earning a master’s degree in education at Edinboro State College (now university) in 1976. In these decades of social upheaval, Faye--with her strong sense of fairness and justice—participated in the March for Peace and the Equal Rights Amendment march in Washington, DC.

After the move to Pittsburgh, Faye was employed as a corporate designer, consultant, and trainer for Mellon Bank, Headquarters. These were also traveling years--a John Wesley tour of England; a pilgrimage to the Holy Land and Egypt; a trip to Germany, Austria, and Switzerland; a cruise to the Bahamas; and a vacation to Jamaica—all with family members.

In 1994, Lee and Faye built their dream home on Lake Bimini in Treasure Lake Resort, DuBois. While Lee soon took on a post-retirement pastoral position at Mount Zion UMC, Faye started her own company, WordWrite, which offered business training courses and manuals.

As the northern winters became tougher for them, Lee and Faye heeded the lure of the “Sunshine State”. They sold their lake house, purchased a condo for the summers in PA, and built a lovely home in Citrus County, Florida. These retirement years were spent taking several cruises: Alaska, the Panama Canal, Hawaii, and two epic Western Caribbean voyages. Summers in Pennsylvania were sweet: hosting delicious meals eaten on the patio looking out on the golf course; scoring “goodies” at yard sales; and visiting beloved relatives and friends.

After Lee’s death in 2014, Faye and son Christopher relocated to Jacksonville, FL, where they could downsize to apartment living. They were members of the Mandarin UMC.

The second of four exceptional daughters (Muriel, Faye, Gail, and Marjorie), each with her own special gifts and shining personality, Faye was known for her beauty, her elegance, her good taste, her eye for interior decorating, her cooking / baking skills, her professional accomplishments, and her musical talent. She was graceful and athletic and when a girl dreamed of becoming an ice skater like Sonja Henie. She excelled in all her endeavors.

Faye was also beloved for her thoughtfulness and generosity. She never failed to send cards and gifts for all occasions and privately made donations to many charities. She supported family members in their businesses and creative endeavors.

No matter the challenges, which were many, Faye retained her incredible strength, remaining calm and patient, kind and gracious. Everyone who knew her praised her gentle nature, grounded in her faith.

Paul’s words in Romans Chapter 8: 38-39 best sum up her belief--that nothing can separate us from the love of God.

Faye was predeceased by her parents, her husband, her sister Muriel, her sister Marjorie, and sister-in-law Florence Alexander.

A memorial service is scheduled for 11 a.m., Saturday, May 22, 2021 in Hickory United Methodist Church, Hermitage, with the Reverend David Coul, officiating.

Condolences may be made for Faye Smock Parker at dignitymemorial.com/obituaries/jacksonville-fl/faye-parker-10136866

In lieu of flowers, memorial contributions may be made to the Hickory United Methodist Church.