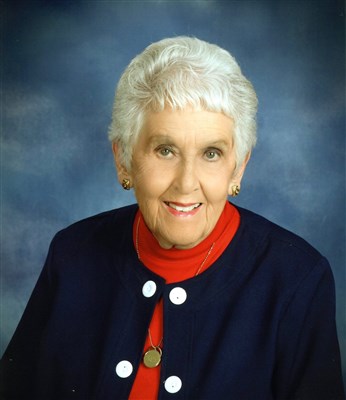 Lura Jean (Gibson) Park, 87, of Indiana, passed away Tuesday, March 1, 2016, at Bethany Place, with her family around her. She was the surviving spouse of the Rev. Ferd Park and is the mother of the Rev. Eric S. Park, pastor of First UMC in Butler.

Born January 7, 1929 in Munhall, she was the daughter of the late Walter W. and Emma Gray Gibson. Lura Jean graduated from Munhall High School in 1946. In 1949, she married her beloved husband, Ferd B. Park, and began with him a beautiful marriage that would last for the next 61 years.

After Ferd experienced his spiritual call to Christian ministry, Lura Jean became his most ardent encourager, supporting him through his undergraduate and seminary studies at Waynesburg College and New York Biblical Seminary. Beyond being a faithful and supportive wife, Lura Jean became Ferd’s true partner in church work, developing ministries of Christian education and caregiving in every church of which she was a part (including Grace United Methodist Church in Indiana, where Lura Jean and Ferd served as the pastoral family for six fruitful years). Upon their retirement in 1995, Lura Jean and Ferd returned to Indiana, where they would spend the remainder of their lives.

Lura Jean was widely appreciated for her kind spirit, her compassionate heart, and her inspiring ability to form relationships with a wide variety of people. She was a devoted wife, mother and grandmother, caring for her family with a love that was as joyful as it was consistent. She was tirelessly generous, blessing many with her time, her resources, and her attentive caregiving. She touched thousands of lives with her special ministry of written correspondence.

Always eager to engage culture, she greatly enjoyed music, sports, cinema, reading and providing tenderhearted care both to people and to animals. She was a faithful member of Trinity United Methodist Church in Indiana. Her devotion to Jesus was the source of her deepest joy, strength and hope.

In addition to her parents, Lura Jean was preceded in death by two brothers: William Gibson and Lloyd Gibson; and her husband, Rev. Dr. Ferd B. Park, for whom she cared so faithfully during the final season of his life.

Friends were to be received at Trinity United Methodist Church, 398 Church Street, Indiana, on Saturday, March 5 from 9 to 11 a.m., when a Service of Death and Resurrection was scheduled.  Rev. Greg Golden, pastor of Trinity UMC in Indiana, and Lura Jean’s son, Rev. Eric Park, senior pastor of First UMC in Butler, will officiate. A private interment will take place at Jefferson Memorial Park in Pittsburgh.

As an expression of sympathy, memorial contributions may be sent to Trinity United Methodist Church, the ministry of which was so very important to Lura Jean throughout her later years.