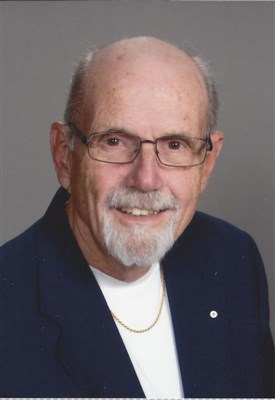 Paul O. Mitchell, passed away Thursday afternoon, November 11, 2020 in the comfort of his home in Fredonia surrounded by his family following a long courageous battle with cancer.  He was 80.

Paul was born in Fredonia on Feb. 6, 1940, a son of the late Walter O. and Eva Mae (Lanning) Mitchell. After attending Lakeview School, he graduated from Fredonia Delaware High School in 1959. Paul enlisted in the U.S. Army as a data procession unit specialist and was stationed in Italy. After leaving the Army, Paul worked in the computer field for variety of employers.

While still employed, from 1986-1992, he served part time as pastor of Old Salem UMC. After retiring in1995 as manager of the computer department of Sawhill Tubes Sharon Armco Division, Paul was called into full-time ministry and served as pastor of Hawthorn: Calvary and Oak Ridge UMCs until 2002, then served at Sheakleyville: First /North Salem/ Old Salem UMCs from 2002-2006. He retired from full-time pastoral ministry in and became the Visitation pastor at Calvary and First United Methodist churches in Greenville until his passing. He was a member of Fredonia UMC.

On October 3, 1964 he married the former Jean Hogg and they recently celebrated 56 years of marriage. He loved spending time and relaxing at his dream home that he built with Jean.

Paul was committed to his community and to his faith and was always willing to volunteer to help where needed. Paul had a special and unique passion helping those who were hurting and  less fortunate. His nonjudgmental, but honest approach was appreciated by many.

He was a 55-year member of several Lions Clubs and was currently a member of the Fredonia Lions Club. He was actively involved with Meals on Wheels and The Salvation Army,  served as a board member of Cherry Run Church Camp, and previously was a youth leader and scoutmaster.  Paul had a passion for mission work and was committed to supporting those in the mission field.

Paul enjoyed going to racing events, traveling to the Outer Banks with his family and camping. He always enjoyed attending and supporting his grandchildren's sporting and scholastic events

Due to the Covid 19 restrictions, seating for the service will be limited. It is requested that those in attendance for the visitation and service wear a facial mask and respect social distancing. Military honor will be accorded by the Greenville American Legion Post. The funeral service will be livestreamed on the Facebook page of Big Bend and Fredonia United Methodist Church.  Arrangements are entrusted to the care and direction of the Robert L. Snyder Funeral Home and Crematory, Inc. 169 Second Street, Fredonia.

Paul was concerned for continued funding of the churches through this pandemic, so donations may be made to your home church in Paul’s name.