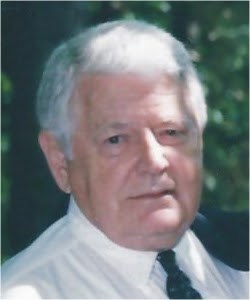 Rev. Dr. Carleton McKita, who served as pastor of churches in the southwestern Pennsylvania from 1954 until 1978, passed away in August, 2016, in Rocky Mount, NC.  Licensed to preach in 1948 and ordained an elder in the Methodist Western Pennsylvania Conference in 1954, he served Concord, Salem UMC in Wexford, Sheradon, Dormont and Crafton UMCs until moving to West Virginia Wesleyan College in 1978 and later to North Carolina Wesleyan, where he was vice president for development. He retired in 1996 after five years as hospice manager for Nash General Hospital. The following message served as his obituary.

I died Wednesday, August 31, 2016. My death was not unexpected nor unwelcome.

Having received superb care at UNC Nash Health Care and from my health care professionals in Rocky Mount and living beyond my expectations, I have been given the usual mixture of joys and sorrows and, knowing that death is a part of life, it is time for everyone to say with me, “Lord, now allow your servant to depart in peace.”

Wonderful people of all sorts and conditions have come into my life and immeasurably enriched it. Their burdens and celebrations, shared tears and laughter are what life at its best is all about. As many of you know, I have been an unapologetic teller of their stories and mine and have often described my sense of humor as a genetic flaw—it is kind of unstoppable. Thank you for listening. Or were you?

Two fine institutions of learning, West Virginia Wesleyan College, the University of Pittsburgh and Boston University School of Theology, prepared me for my calling and have given me far more than I have been able to return.  For the patience and support of my family I am grateful and often astonished. Surely they know of my love. For the friendship and understanding of the people who have touched my life, you are wonderful and I wish for you peace, joy and all the other stuff of which the Apostle Paul wrote about.

A Service of Death and Resurrection will be held at 3:00 PMon Sunday September 11, 2016 at Englewood United Methodist Church during which there will be a time to think about the mystery of life and death, to be sad and glad and to be in Community which, of course, is what Christianity is all about.