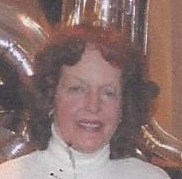 Barbara Dovenspike Michel, 84, of Hawthorn, entered the Kingdom of Heaven on Wednesday, August 18, 2021 surrounded by her children and grandchildren at Butler Memorial Hospital.

Born August 14, 1937 in Hawthorn, she was the daughter of the late Darl D. and Iola Rosse (Bashline) Dovenspike.

Barb was active in the church as a youth leader and lay speaker. She also played the guitar and the piano for the church, and baked a record-breaking 130 pies in one week for the Fayette County Fair food booth. She was a writer and an author who wrote 23 books and had 19 of them published.

In addition to her parents and husband, she was preceded in death by a daughter, Elizabeth Yvonne Michel; and a brother, Lonnie Dovenspike.

Friends were received on Friday, August 20, 2021 at the Alcorn Funeral Home in Hawthorn, where funeral services were held Saturday, August 21, 2021 with Pastor Keith Dovenspike officiating.
Interment was in the Hawthorn Cemetery.