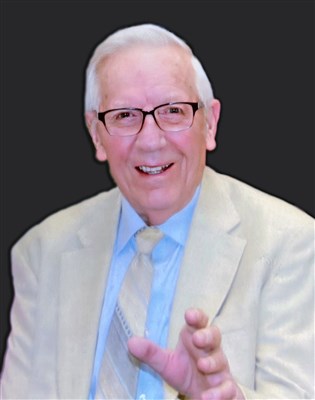 It is with heavy hearts that the McKee family announces the passing of The Reverend Benton Robert McKee. With his wife of 71 years by his side, Ben checked into heaven on Tuesday, January 17, 2023. Much of his family was with him for his ﬁnal days.

Ben was born May 5, 1927, in Johnstown, PA, the son of Benton Romig McKee and Helen (Clark) McKee. Ben grew up on Chandler Avenue in Johnstown, along with his sister, Mary Louise (McKee) Landes. He graduated from Johnstown High School and went directly into the U.S. Army, where he served at the close of World War II. After being honorably discharged as a Sergeant, Ben attended West Virginia Wesleyan College in Buckhannon, WV, and graduated with a Bachelor of Arts degree in English. During his college years, he met his future wife, Mona Gray Harris, of Rainelle, WV, and they were married in 1951.

A life-long car enthusiast, Ben (or “Gentle Ben” as many knew him) bought his ﬁrst car for $20, a 1927 Ford Model T, at the age of 16. He maintained and drove the car until he was in his 90s. In his retirement, he had many interesting jobs that he enjoyed immensely. Among those were delivering auto parts for Malinish Auto Wreckers in Ligonier, shuttling cars and parts around for Arnold Palmer Motors in Latrobe, and driving a limousine for a private company to transport executives and a few celebrities from the Ligonier area into Pittsburgh. He was a longtime member of the Laurel Highlands Antique Automobile Club of America, The American Legion, and the VFW.

Ben cared for and welcomed everyone. During his years as a pastor, he always carried a church bulletin to hand out to those he met. Attendance grew for every church he pastored.

Ben was devoted to his wife and loved his family, especially his grandchildren. He is survived by his loving wife, Mona Gray (Harris) McKee, three children, seven grandchildren (Jennifer, James, Adam, Jillian, Katie, Spencer, and Lauren), 14 great-grandchildren, two nephews and one niece. Ben recently said, “Family is everything.”

“Well done, thou good and faithful servant: thou hast been faithful over a few things, I will make thee ruler over many things: enter thou into the joy of thy lord.” (Matt. 25:21.)

A celebration of life will be held at a later date, likely in the Ligonier area.